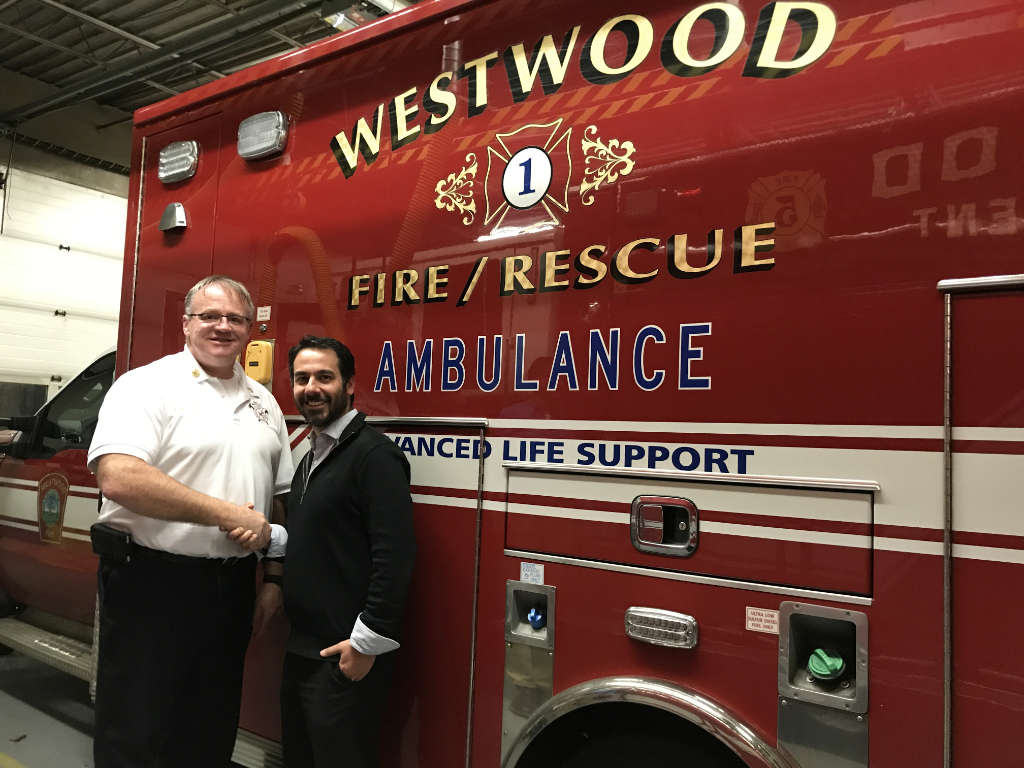 “Everything I know about leading my department, I learned at McDonald’s.” That is not the kind of admission one expects to hear when interviewing a municipal fire chief. Perhaps it should be. As of the date of this column, the brand is worth about $148 billion, and the notion of “running an agency like a business” is spreading across the American prehospital care industry.

From growth models of community paramedicine, to justifying the cost of agency operations, to debates about minimum education requirements and readiness time windows, there are an ironic number of parallels between prehospital care and fast casual food service. For instance, have you ever worked a fast food drive through window? They get a rough rap — as in, “If you drop out of school, you’ll wind up working in fast food” — but in reality, they are complex cauldrons of high-pressure multitasking with demanding customers–much like prehospital care.

It therefore suits that an iconoclastic leader like John Deckers, Chief of the Westwood Fire Department in Massachusetts, could have thrived in the food service before doing so in the fire service. He may have the industry’s most unique professional pedigree. Hired in 2017 to an agency that has committed itself to innovation in a suburb of Boston — home to “the nation’s first paid and publicly funded organized department in the country,” Chief Deckers does not ascribe to the notion of the fire service being “150 years of history uninterrupted by progress,” or EMS as the “redheaded stepchild of the healthcare system.”1

Deckers was hired with a mandate to “break things.” (Full disclosure: I know Chief Deckers as a partner-client of Beyond Lucid Technologies, the company I lead as CEO). Change for its own sake won’t pass muster, however. Deckers is armed with a degree in business education, an invaluable tool when it’s time to explain economics, finance and the oft-overlooked concept of return on investment to municipal leaders and line crews. Is there a more useful credential at a time when a source of controversy is the impact of a college degree on pay rates among prehospital care providers?

Deckers is deferential about his predecessor. The former chief was well-respected but when he ran the department, “they didn’t have to use data to support what he wanted to do,” Deckers said. In an interview announcing his retirement, the former chief emphasized the renewed role of data in decision-making. “We never washed our gear before, why would you because it would just get dirty again,” the former chief said. “They found carcinogens hang onto the gear”¦. To make that constant capital investment to keep up with the latest standards is very difficult. You’ve got to be knowledgeable and plan way in advance to make the purchases.”2

By contrast, Deckers said he “live[s] inside the data to make sure we’re doing it right,” and is “a different type of chief than has come before because of [his] experiences.” Before rising through the ranks of the West Hartford Fire Department, he founded a landscape construction business in 1988. When the economy spun out during the latter half of the decade, he closed the company and joined the McDonald’s Corporation as a managing partner, responsible for budgeting “down to the penny.”

Shiny trucks and snazzy software become recruitment tools as opposed to investments worth questioning for timeliness and fit. Data-driven economics then happened, and Deckers observed that although an industry “steeped in tradition is a good thing, as tax dollars become tight, people get more involved.” The City of Westwood has “three people who want to run the town and they are professionals,” he said, so they look for data to support every request.

Deckers opted to look beyond the bubble, implementing peak-level staffing that optimizes personnel scheduling based on demand for service. It is a data-hungry practice that requires awareness of the hazards to which the department will respond, and when, and why. He also describes his department as the first in New England to deploy a “pod” fire truck that modularizes a water tank for brush fires, a cascade system for filling gas bottles, a flatbed, a sander and a plow.

“Totally out of the box thinking in this realm,” as he puts it, is justified when Deckers considers that Westwood Fire’s operations are 68% EMS-related. That is below the 70% cited by Governing magazine in 2015 as a “typical proportion for most jurisdictions.” For the “32% of other things, you have some to have some type of skill to be able to handle those issues.”

Deckers said his team has “some of the best paramedics in the industry,” but he also argues that “what we lack” as an industry is “folks who come in without real world experience. They don’t understand the way buildings are constructed,” so Deckers approved when asked if the fire and EMS service could benefit from recruits joining the industry as a second career.

All prehospital providers can benefit from internalizing the Core Competencies of Executive Leadership that he gleaned through the Executive Fire Officer course: Leading people, leading change, communicating and building coalitions, exercising business judgment, and being results-driven.4 Or as Deckers recast them: Know Your Stuff; Communicate Efficiently; Understand System-Based Practice; and Be Professional. Advocating on behalf of his entire agency, and by extension the industry (not merely those at the top of the organizational chart), makes Deckers a data-driven and attentive leader for our data-driven and attention-strapped times.

Nursing Home Deaths Up 32% in 2020 Amid Pandemic, Government Watchdog Says