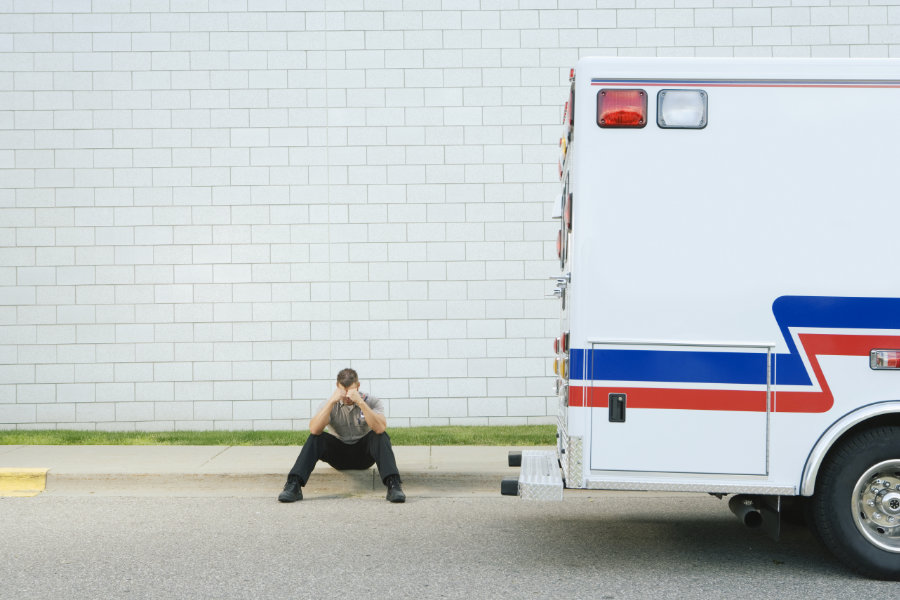 Several years ago, while sitting in a critical incident debriefing, I noted how little was understood about the impact of high-intensive exposure to the complexity of humanity. The incident debrief concerned a murder of one individual for their unborn baby. Both mother and infant died from the action of another. As the healthcare responders, we were dealing with the high emotional load of what we saw and how it impacted us.

According to the Oxford English Dictionary, the definition of the word “resilience” is: “the capacity to recover quickly from difficulties, toughness “¦ the ability of a substance or object to spring back into shape; elasticity.” The definition implies that resilience is about maintaining or obtaining the original state before the need for resilience. Except, the human mind cannot forget traumatic moments nor accumulative stress. The human mind will continue to try to process it, and failure to address it will result in symptoms and behaviors associated with post-traumatic stress disorder (PTSD) and burnout.

Researchers have also noted that only 50% of people with PTSD seek help, and the data for individuals with secondary trauma is even less. Looking specifically at EMS personnel, they are consistent with the statistics of less than 50% utilize mental health help. Cultural bias characterizing paramedics and firefighters as tough–not needing help–also plays into a lack of seeking out assistance.

Several months after the murder case, I was called into the hospital to talk with a nurse who, just several hours beforehand, found a patient who had attempted suicide by hanging. She told me, “I am fine.” I knew that nobody is “fine” after seeing and responding to such an event. Although I attempted to encourage her to seek out support, I also knew that she wouldn’t.

At the time, I didn’t have a policy of mandatory mental health support after traumatic events in place. I also knew that our culture didn’t allow her to acknowledge her struggle with the event. She was a 30-year nurse and held a personal view of herself as seasoned and tough. Months later, she wanted to leave the profession.

The most immediate thought is that it was the physical event that impacted her; however, it was actually the recurring feeling of failure, or missing some subtle clue of the intent of the patient, that troubled her.

In studying resilient individuals, it has been identified that resiliency came through post-traumatic growth by the following:

Creating a responsive culture that’s resiliently awakened is one of the hardest actions a leader can embark upon. Culture doesn’t change with a program; it takes committed leadership that engages in strategies and tactics to bring about knowledge adaptation and action.

As a leader, setting goals was a consistent part of my job. Cultural change was also not new to me, but creating a resilient workforce and culture was a new concept. Knowing that “culture is what you say and do on a daily basis,” I started to listen to the words of our personnel and observed their actions in the workplace. I noted that the culture was one of “being tough,” where potentially traumatic incidents were “just part of the job,” and the advice given was to “learn to not care so much.”

I also noted that although we had an employee assistance program, the program wasn’t viewed as a resource within our culture and workplace. Or, it was not discussed openly if someone sought it out after an event.

I turned to the literature to understand better how to influence cultural change in order to promote knowledge and understanding of resilience in the workplace. What I found was I had to first look in the mirror at my own leadership.

In determining methodology to advance health and well-being of care providers, researchers studying resilient cultures have found that leaders are major influencers of culture and workplace health. In studying effective leaders who develop a culture of resilience, they have found the following:

I developed and implemented the following four part strategy. The first was creating organizational consciousness about the need for a workplace and employees that are resilient. This included discussion and agreement amongst all key leaders. There has to be unity and agreement amongst leadership to assure effective cultural change. Then, using various modes of communication, we established a schedule of information and trainings on how to develop skills that assist in being more resilient–professionally and personally. It’s not a one-time training, nor communication.

The second part was bringing in outside assistance in assessing barriers and attitudes about mental health, mental health support and peer influence. This part was difficult as cultural norms ran deep within the organization. Yet, as we started to talk and engage in establishing different expectations employees started to see that we were committed to them and their well-being.

Next, although metric measurement was already part of our cultural fabric, we added several employee surveys to keep communication flowing. We communicated our action steps and asked for feedback with every action step.

Lastly, we no longer made support a voluntary action. Working with our employees, we developed peer support teams who could respond immediately and then developed a mandatory process for all employees to connect with trained counselors. We communicated clearly that we believe and want employees who acknowledge their humanity as just that, being human.

Being human means we learn to lean into each other, develop ways to cope in a healthy manner, and work to be resilient.