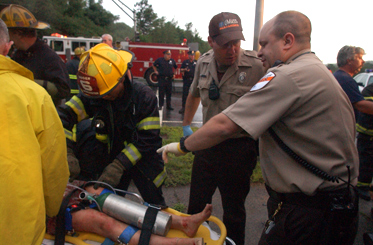 It’s pretty well-known that pay scales in public service lag behind those in the private sector, especially for those job functions which are mirrored within industry. The result of this disparity is a continual loss of well-trained and experienced staff from state and local government agencies and services. Here in Kansas, there have been small attempts to tinker with the system, but a new commission is examining the underlying philosophy of the state pay scale in order to devise a more fair and equitable system.

I was captivated by the idea of adopting a philosophy of pay, and in an attempt to be a helpful contributor to the process, I went scurrying for my few scattered philosophical texts. After a few minutes of taxing research, I came up the following ideas for consideration, with all due apologies to real philosophers:

Rationalism (all knowledge is based on reason): Based on principles of logic and argumentation, we ll not only demonstrate why we should not pay you more, but why you should kiss our feet to be paid at all. Because we said so, that s why.

Existentialism (humans determine their own essence): Go ahead, think you re worth more. Then you will be.

Empiricism (all knowledge is based on experience): What do you mean, you want to see the cash up front?

Skepticism (questions the possibility of ever knowing anything): What you think is pay might be pay. It might be a bag of peanuts. Or chicken feed. Or both. Take your pay home and give it to an elephant and a chicken. If they eat it, see empiricism.

Stoicism (self-control yields spiritual improvement): Take whatever we give you and suck it up.

Epicureanism (pleasure is the greatest good): Take more money. Spend it on beer and Skittles.

Nihilism (existence holds no purpose or value): Pay? What s the point?

Capitalism (means of production in private hands): It’s our checkbook. We’ll pay you more if we want to. Maybe. Ask nicely.

Communism (means of production owned by the state): Our money, your money. We re all equal. I ll phone you from my dacha.

I’m still waiting for my letter of commendation from the Kansas Department of Administration.

It turns out that there s a philosophy behind most of what we do in government. Within the agencies of the executive branch, it’s usually found in the mission statement. For example, the mission statement at the Kansas Department of Health and Environment (KDHE) is “To Protect the Health and Environment of All Kansans by Promoting Responsible Choices.”

I should note that this really is the mission statement. Contrary to popular belief, it’s not a clever disguise for another hidden Mission Statement like “KDHE: Don t Make Us Mad” or “KDHE: Saying No, Every Day in Every Way.” That being said, like most organizations the KDHE has its alternative mission statements. My favorite of these is KDHE: Purveyor of Fine Regulations.

Regulations and the regulatory process are places where the underlying philosophy of government finds clear public expression. It’s also one of the most feared and least understood functions of government.

The first step in understanding the regulatory process is to understand the origin of government rules and regulations. To many people s surprise, they don t come from state or federal legislatures. Legislatures enact statutes that say what the law is (more technically put, the law states what the legislative intent is perceived to be. Some of the most interesting debates revolve around what that intent actually was at the time of passage of the bill).

Rules and regulations determine how the law is applied and enforced. For example, the Kansas legislature has granted the state the power to designate Level I, II and III trauma centers. The rules and regulations we write in reference to that law determine the criteria for these centers, how many or how few we might have, their roles and responsibilities, the application and designation procedure, and what fees might apply to the process. Both the legislative and the rule-making process are open to the public, and do not take place behind closed doors. In Kansas, for instance, a legislative hearing is held on each bill as it comes before the House and the Senate, where public input is welcomed. Regulations go through a similar process of public hearings prior to being enacted into the administrative code. In addition, in most cases both laws and regulations have been reviewed, if not fully agreed to, by the majority of interested parties prior to legislative votes or adoption of the rule. Laws and rules do occasionally come out of left field, but when things are a surprise to a regulated community it s mostly because the sheer volume of new laws, rules and regulations becomes so overwhelming that it s easy to miss the notices on the one that applies to you.

(Different states use different terms for these sets of documents. In Kansas, for instance, the laws and statutes are collectively called the Kansas Statutes Annotated (KSA); in neighboring Missouri, they re known as the Missouri Revised Statutes (MRS). Regulations in Kansas are contained within the Kansas Administrative Regulations (KAR); the Missouri counterpart is the Code of State Regulations (CSR). Numbering and reference schemes differ between states as well. I d encourage you to become familiar with the relevant statute and code collections in your state, if for no other reason than it helps you keep score.)

In essence, then, regulations exist because the legislature demands them. The demand usually stems from a reasonable concern and is rarely a random stab at exercising authority. (This being said, a significant lawmaker told me once that “sometimes, three anecdotes equal policy.”) The reasonable concern, while labeled in different ways, most often comes down to the prevention of harm. Banks are regulated so they don t defraud their depositors; food handling procedures are regulated in restaurants so patrons don t suffer from food poisoning.

Although preventing harm may be the most basic philosophical reason for regulation, a second level of regulation also exists within many regulatory programs. The philosophy of this level of government activity is focused on quality. So while child care regulations safeguard the physical environment of children in care, they may also look at caregiver to child ratios to ensure the best learning and socialization experience for the child.

If this sounds familiar to you, it should. The first precept of any kind of medical care is “First, Do No Harm;” and virtually all EMS services are involved in some form of quality assurance or continuous quality improvement process. Government isn’t that different after all.

So I’ll ask you to accept for a moment that government regulation of business, industry, and services and I include EMS in this group is designed to prevent harm and ensure quality. I’m also going to assume that most EMS agencies would agree that keeping patients safe and providing quality care are two of their key goals. And in a practical sense, when it comes right down to it, few people are totally against any kind of regulation. Granted, many want it to be the kind that never affects them, but most everyone gets the need to have some kind of standards in place.

So why is there so much animosity between two parties who want exactly the same thing? Stay tuned for the answer in Dr. Rodenberg’s next article.