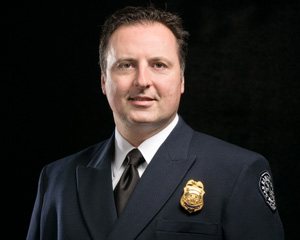 Richard Price had an idea that grew into a smartphone application, and then a foundation, that may very well change the way EMS responds to cardiac arrest calls. The idea will certainly save lives, and it all started at a deli over a pastrami and rye.

Birth of an App
“I was out to lunch and was sitting in a deli with a few other people when I heard sirens in the distance,” Price says. “The sirens got louder, and then they pulled up right in front of the deli where I was eating.”

It turned out that the EMS crews were responding to a cardiac arrest call in the building next door. “If I had known, I could have made a difference. I know CPR and I have an AED in my car,” Price says. The event made him think about his smartphone and how the device knew his location and could tell someone else. “The idea came that we could possibly notify someone who was nearby an event using his or her phone,” he says.

That was three years ago, and the result of that event, and Price’s subsequent
idea, has been the creation of PulsePoint, which was launched in 2012. Though the technology is sophisticated, taking hundreds of hours and many people to bring the idea to fruition, the actual PulsePoint app is simple. Users who are trained in CPR and have registered with the system as willing to assist in an emergency cardiac arrest situation will be notified on their smartphone if someone nearby is having a cardiac arrest.

To get such a simple, but very sophisticated, idea off the ground required a lot of teamwork. Price, who is the PulsePoint Foundation president, formed a team
and then brought in interns to help build a prototype. “The first thing we looked at
was its feasibility,” he says. “If a phone was near an event, could we push a notification to those people?”

Through lots of experimentation, and a year building the initial app, in 2012 Price and his team rolled out the first app to citizens in Northern California’s San Ramon Valley, where he was fire chief until his retirement this past year. “We used it for about a year and had amazing results from it,” Price says. “We were convinced it could make a big difference.”

Price knew he needed a much more robust technological system and partnered with a local technology company called Workday. The company’s founders, Dave Duffield and Aneel Bhusri, also founded PeopleSoft and had an engineering group located nearby. “They stepped up in a big way to write a robust commercial version that other agencies could use,” says Price. “They wrote an Android and iPhone version, all of the required backend infrastructure and the interface specifications for the dispatch system vendors–all using volunteers and donations.”

Ultimately, Price formed a foundation last year to make the technology available to any other agency in the U.S. –at no cost. “The entire project has been funded through donations from corporations, foundations and hospitals that believe in making a difference in sudden cardiac arrest,” he says.

CPR Strategies
Training and education goes only so far where sudden cardiac arrest is concerned. Hands-on action is what will ultimately make the biggest difference. “We’ve been training people in CPR for 50 years, and we’ve been placing public access AEDs for more than 20 years, and we’ve really not moved the needle much, not made a significant difference in the number of people who die from cardiac arrest,” he says. “Sudden cardiac arrest is an electrical problem that happens to people of all ages. We have 10-year-olds that have had cardiac arrest, and it can be intervened with using a defibrillator.”

But getting people to start CPR or use a defibrillator is difficult. “CPR is only started about 25% of the time before crews arrive, and AEDs are rarely retrieved,” says the 33-year EMS veteran. “We do a good job of promoting them and getting them placed, but people aren’t using them nearly as often as they should. They either don’t think about them or they don’t know where to find them.”

PulsePoint addresses both issues. Previously someone had to be in the right place at the right time–and be aware of the incident–to make a difference with CPR. But with the app, finding people trained in CPR who are close to the location of someone suffering sudden cardiac arrest can be as easy as looking at a phone. “PulsePoint tells citizen rescuers where the victim is and where the AEDs are in the immediate vicinity, in the context of their current location,” Price says. “We give them a dynamic, contextual view where they can see the situation on a map. They can then navigate right to the AED and patient. We think that will remind people to get the AED and definitely bring more citizen rescuers.”

Price reminds us that even cities and counties that pride themselves on good response times will have trouble having successful sudden cardiac arrest outcomes using only traditional response methods. “We have response times in the San Ramon Valley that parallel the best in the country,” he says. “We have response time goals of seven minutes in urban areas, and eight minutes in our suburban areas. When someone has a cardiac arrest, they only have a maximum of 10 minutes to survive. Even at a very good response of seven minutes, you are pushing brain damage.” Price continues, “We know if trained citizens are nearby they can get CPR started and an AED deployed in three to five minutes. That could result in hundreds of people day surviving cardiac arrests who are not surviving today. Citizens engaging early make a huge difference in the outcome.”

Theory vs. Practice
Finding the citizen rescuers to sign up has not been difficult. It starts with people being properly trained, and Price says the EMS community is doing a great job of that. “We teach it in auditoriums of 300 people at a time; we teach it at “sidewalk CPR” events, where we will train hundreds of people over a weekend,” he says. “We have short videos on our website where people can learn CPR in one minute, and we are looking at putting it on video screens when you pump your gas. And AEDs require no training at all. You just open them up and turn them on, and they tell you what to do.”

No, the training isn’t what concerns Price. It’s the actual performing of CPR that is a concern. “Many people finishing a CPR class won’t perform CPR because it takes too much courage. It’s a scary thing,” he says. “But if people are together, they have more courage. And having more than one rescuer at the scene will cause others to engage more often. We’ve seen that. The app creates a new type of volunteerism.”

In fact, recently there was a sudden cardiac incident in San Ramon and 12 PulsePoint registrants were notified through dispatch simultaneously. But did they all show up?

Right now, the PulsePoint registration data doesn’t include whether registrants respond to an incident. However, to gather that data for future use, a clinical trial has started this year in Toronto, Canada. The double blind trial is going to measure CPR and AED deployment rates as well as how many citizen rescuers were notified on a call and how many showed up. “This study is going to carefully measure the actual impact and potential,” he says.

Small Window
Price says there are now PulsePoint initiatives underway in many countries of the world. “The mission of the foundation is to improve sudden cardiac arrest survival rates in a massive way world-wide,” he says.

All of these measures are important because effectively treating sudden cardiac arrest is different from most acute and chronic conditions. “It’s because of the excruciatingly short window of opportunity,” Price says. “There are not too many conditions where you get just 10 minutes. You can only build so many fire stations. I have a gentleman on my board who was saved by CPR and has now done CPR twice and saved two other people. Survivors have an exponential effect on society.”

Price recognizes that the idea was just the start and there is still a lot of work to do. Citizen rescuers need to download the app and be willing to engage. “But by turning the equation around and recognizing we have the technology, and citizens have the skills necessary, I think we have the opportunity to save hundreds of lives a day,” he says. “I believe it’s right there, if we just execute.”