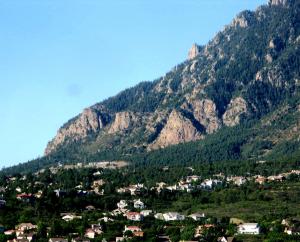 NORAD is a U.S. and Canada bi-national organization charged with the missions of aerospace warning and aerospace control for North America. Aerospace warning includes the monitoring of man-made objects in space, and the detection, validation and warning of attack against North America whether by aircraft, missiles or space vehicles, through mutual support arrangements with other commands.

Aerospace control includes ensuring air sovereignty and air defense of the airspace of Canada and the U.S. NORAD works in close collaboration with homeland defense, security, and law enforcement partners, to prevent air attacks against North America, and safeguards the sovereign airspaces of the U.S. and Canada by responding to unknown, unwanted and unauthorized air activity approaching and operating within these airspaces. It also provides aerospace and maritime warnings for North America.

To accomplish these critical missions, NORAD continually adjusts its structure to meet the demands of a changing world. The commander or NORAD is responsible to the U.S. president and the Canadian prime minister.

The NORAD and U.S. Northern Command (USNORTHCOM) Command Center serves as a central collection and coordination facility for a worldwide system of sensors designed to provide the commander and the leadership of Canada and the U.S. with an accurate picture of any aerospace or maritime threat.

For the aerospace warning mission, the commander of NORAD provides an integrated tactical warning and attack assessment to the governments of Canada and the United States.

To accomplish their aerospace control mission, NORAD uses a network of satellites, ground-based radar, airborne radar and fighters to detect, intercept and, if necessary, engage any air-breathing threat to Canada and the U.S.

In conjunction with its aerospace control mission, NORAD assists in the detection and monitoring of aircraft suspected of illegal drug trafficking. This information is passed to civilian law enforcement agencies to help combat the flow of illegal drugs into North America.

NORAD provides civil authorities with a potent military response capability to counter domestic airspace threats should all other methods fail. NORAD has proven itself effective in its roles of watching, warning, and responding. The events of Sept. 11, 2001, demonstrated NORAD’s continued relevance to North American security.