More
Home Administration and Leadership Not So Common: The Perception of ‘Common’ Sense in EMS
Facebook
Twitter
WhatsApp
Linkedin 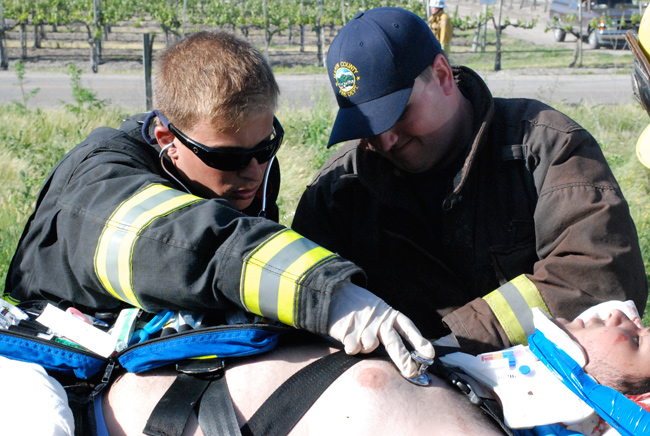 Very early in my career, I remember the words “common sense” being uttered from the mouths of senior EMS providers–administrators, supervisors and field training officers (FTOs) alike.

A mere 18 years old at the time, the words seemed straightforward and harmless. More often than not, common sense was used in reference to its general absence from the youngest generation of EMS providers (me included).

Looking back at my first years in EMS, it’s hard to understand the particulars I was subjected to. Although embarrassing, I admit I’ve been spewing the same words a short 12 years later.

These two seemingly simple words, when combined, have long been the driving force for my professional growth and development. However, throughout my search for the meaning of “common sense,” I’ve concluded that one clear and concise definition isn’t readily available.

In reality, these two simple words combined have a complex meaning. As such, I’ve long questioned its true meaning as it applies to EMS and the delivery of prehospital care.

I find myself wondering when the links are made between knowledge and real-world application, or book vs. field knowledge and practice. When does “sense” become “common”? How should EMS providers and FTOs, in particular, perceive and apply the theory of common sense into their daily operations?

All too often, our perceptions of new recruits are unreasonable. Despite our most sincere desire as FTOs to promote professional growth, we expect them to perform at the same level of our other, more experienced colleagues.

What we often fail to acknowledge is they should be expected to perform, instead, at the level of an entry-level provider. They’ve only been provided with the basic framework to build and grow their knowledge and skill set. It’s this foundation upon which FTOs must seize the opportunity to shape the future of each trainee they encounter.

The first days, weeks or months of a new recruit’s career in EMS will likely determine how successful they’ll be throughout the duration. Therein lies the difficulties associated with our perception of common sense: we assume everyone acquires it naturally.

In reality, many must learn to master the combination of their cognitive, psychomotor and affective domains, and apply them in the real-world setting.

I suspect most in EMS would acknowledge the importance of common sense in its traditional definition. However, FTOs should be cautious of the perceptions and subsequent repercussions of its application during the coaching process.

It’s not merely a triangle, with each segment being one of the three domains. Instead of viewing common sense as a two-dimensional topic, it’s more logical to view it, and education as a whole, as a three-dimensional figure, like a tetrahedron–the face of each side comprised of the three familiar domains.

What this three-dimensional model accommodates that the former doesn’t is personal and professional growth within Bloom’s Taxonomy. As students or recruits progress through their education and gain more clinical experience, each domain comes closer together. This progression toward mastery makes what we often refer to as common sense.

Is common sense truly common? No, it’s not. Instead, it must be learned and acquired–something that requires time. Its first foundations are comprised of prescribed minimum cognitive knowledge, an entry-level psychomotor skill set and the affect to compassionately care for the ill or injured. But to develop the ability to behave in a reasonable way and to make good decisions, FTOs should tuck away their preconceived notions and instead be patient throughout the process, fostering both personal and professional growth. Let’s not forget that we were once that youthful newbie.