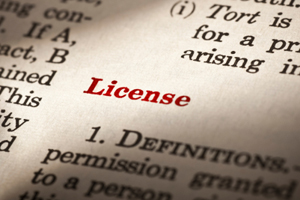 So whose license is it, anyway?

I don’t think that my friend and mentor, James O. Page, would mind me borrowing from the title of an article he wrote for JEMS in May 1999. Although more than 10 years have passed since Jim wrote that article, there remains a great deal of confusion over how EMTs practice and what their legal relationship with their medical directors actually is. It’s time to revisit the issue of how we practice as EMTs.

Jim Page and I spent many years trying to rid EMS of the unfortunate term “delegated practice.” That term, found in early U.S. Department of Transportation EMS curriculum, was erroneously used to describe the way in which EMTs practice. Delegated practice means that we somehow practice “under the license” of the physician medical director, and that the physician can “delegate” certain skills to be performed by EMTs. Wrong. We are not “the eyes, ears and hands of the physician” as it is stated in many early EMS texts. In fact, we practice under our own licenses, which generally require an EMS physician medical director to supervise us–particularly for invasive or advanced prehospital procedures. There are some exceptions to this rule, most notably the state of Texas, which has a statutory scheme of delegated practice. But most states don’t. Texas isn’t called the Lone Star State for no reason.

I recently examined a complaint filed against the District of Columbia Fire and EMS (FEMS) in the Superior Court of the District of Columbia titled Estate of Stephanie Stephens v. Geoffrey Mountvarner, MD, et al. This suit alleges medical negligence against DCFEMS. Paragraph 60 of the complaint alleges that Dr. Mountvarner is vicariously liable for the grossly negligent actions of the EMTs. The suit cites to D.C. Code 5-404.01 as saying “paramedics and EMTs operate under the license of the medical director for FEMS.”

EMTs have three lines of authority over our prehospital practice. The first is our physician medical director, who supervises our practice and ensures quality performance. The physician can withdraw or modify that supervision at any time, usually for performance concerns. The second line of authority is the state or local licensing board, which provides the EMT with a license and can take the license away if the EMT fails to meet the letter of the law in continuing education or commits an infraction against the regulations. Last, but certainly not least, is the employer. The EMT is hired by the employer, and the employer can take employment actions, up to and including termination. These lines can become hazy, for example, if an EMT is performing poorly and the medical director withdraws supervision, resulting in an employment action, such as demotion or termination, by the employer.

Adding to the confusion is the fact that many states use the term “certification” rather than “licensure” to describe the legal status of EMS practice. For some reason, states have been hesitant to call a license a license when it comes to EMTs, even though we’re required to take an examination and undergo a process similar to that of other healthcare providers.

Certification is defined in Black’s Law Dictionary as “the formal assertion of some fact.” That’s what happens when you complete a CPR or ACLS course. The certificate you receive simply confirms that you have completed the training. It doesn’t confer any permission for you to perform the skills you have been taught in the course. Compare that with the term “license”, which Black’s defines as “the permission by a competent authority to do an act which, without such permission, would be illegal”¦” So despite erroneously calling it “certification,” if you’re granted permission to practice as an EMT by a state or local authority, you actually hold a license.

Conclusion
It’s important for all EMS personnel to know the specifics of the licensing/certification schemes in their home states because they widely differ. However, the basic legal framework of the relationship between the EMT and the medical director generally isn’t what we may have been taught. As EMS continues to develop and move forward, this important distinction will become even more crucial for EMTs to understand.