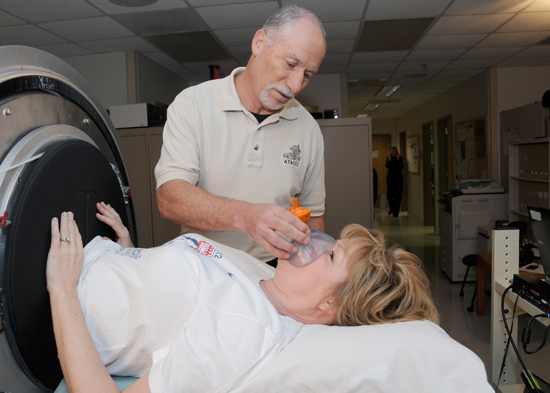 Many times our greatest successes rise out of our greatest failures. And perhaps no one knows that better than Victor Convertino, PhD, senior research physiologist and manager for the Tactical Combat Casualty Care Research Program Area for the U.S. Army Institute of Surgical Research at Fort Sam Houston, Texas. Dr. Convertino completed the coursework for his Ph.D. at the University of California (UC), Davis, but failed at his first attempt to pass his oral exams. “I wasn’t ready with the innovative thinking process,” he says.

Fortunately Dr. Ray Burger, Convertino’s committee chair, stepped in with support. “We met at 7 p.m. every Monday and Wednesday for six months,” Convertino says. “He challenged me with questions that got me to think differently. That led to where I am today.”

Where he is today has resulted in his being named the 2013 Outstanding Distinguished Graduate Award recipient for UC Davis, as well as being recognized by JEMS for his landmark research on the compensatory reserve index (CRI) and intrathoracic pressure regulation (IPR) therapy.

Compensatory Reserve Index
The CRI uses an algorithm that takes patient information obtained from a non-invasive pulse oximeter and then gauges whether those who appear to be hemodynamically stable might decompensate. In simplest terms, the CRI is the technological equivalent of the canary in the coalmine.

“We have standard vital sign monitors that measure things that don’t give good information on all patients,” Convertino says. “The best example is blood pressure, which is compensated for by our many physiological mechanisms. It can be very stable [even while the] patient is losing their ability to continue to compensate. When the patient gets to the bottom of their compensation, their blood pressure falls off a cliff, and now they are in shock because we were watching their blood pressure rather than a measure of their reserve to compensate.”

Convertino’s research centers on strategies to more effectively and rapidly signal when a patient falls into danger of crashing. To date, he and his team have studied more than 250 men and women between the ages of 18 and 55. From his research, Convertino has discovered that it’s the arterial waveform that should be most measured because, “Those features represent the integration of all compensatory mechanisms. If you can track the feature changes in the total arterial waveform, you know everything that’s going on in the compensation of the heart and vessels,” he says. “All the information you need to know is in that.”

Research Collaboration
Using his research, Convertino collaborated with a robotics-engineering group at the University of Colorado. The group has extensive expertise in waveform feature extraction and analysis, and they built a smart field monitor that compares all the changes that are going on in the arterial waveform and delivers the information in real time. 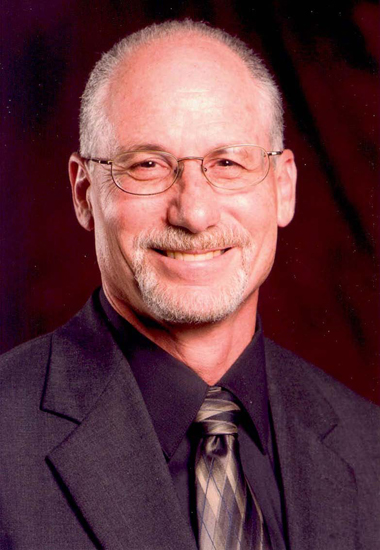 “It’s eloquently simple,” Convertino says. “Up until five or 10 years ago, we didn’t have the technology to noninvasively measure and analyze arterial waveforms, so we had to stick catheters in arteries. Now we’ve come up with an index that can give new information on an individual who is bleeding, and may be heading toward shock, and we can get that information well in advance of the vital signs.”

Convertino and his colleagues are currently conducting the first clinical trial with the intent to show that the CRI tracks stroke volumes similar to a predicate device that is already FDA approved. He hopes this strategy will demonstrate to the FDA that the research and methodology for measuring the arterial waveform is sound, and that FDA approval will be granted within one year.

But Convertino has already received positive indications for his methodologies from the Department of Combat Doctrine Development at Fort Sam Houston. This division sets doctrines for what combat medics need on the field. “They have basically said that the CRI meets a requirement,” Convertino says. “This is huge because it gives us support from a programmatic advantage to continue advanced development of this within the Army for its needs on the battlefield.”

Recently, the surgeon general of the Army, Lieutenant General (LTG) Patricia Horoho, made a visit to Convertino and his team. They placed the monitor on her finger to demonstrate how the CRI worked. “LTG Horoho is the first nurse in the position of surgeon general for the Army, and she said physicians and nurses need an earlier predicator of when an individual is crashing,” Convertino says. “She said it was a game changer.'”

Impedance Threshold Device
In addition to his research on the CRI, Convertino is also being recognized for his work on the application of non-invasive IPR therapy using an impedance threshold device (ITD). The ITD can increase blood pressure in people who are breathing spontaneously, which can give physicians more time to treat hypotensive trauma patients in prehospital environments. “The beauty of IPR therapy is that it takes physiology that is already present,” says Convertino. “What the IPR does is provide resistance during a patient’s inspiration, so that you have greater negative pressure in the thorax. That sucks more blood to the heart and brain. It’s so elegantly simple that I’m almost embarrassed that I didn’t think of it first.”

As part of his research, Convertino and his colleagues also published the results of a clinical evaluation demonstrating the ResQGARD ITD’s efficacy in treating 200 patients in the EMS setting. “There is one for use in CPR called the ResQPOD, and there is one called the ResQVENT for individuals who are intubated on ventilators,” Convertino says. “If a patient has had a bad injury where they’ve lost a lot of blood, this helps improve the blood flow to the heart and brain, and keeps them from going into shock.”

The study assessed the change in vital signs following paramedic administration of the ITD, as well as patient tolerance of the device. The conclusion of the evaluation proved the efficacy of a non-invasive tool for BLS personnel.

Simplifying Treatment
The CRI and IPR create a formidable team in helping to save lives because of both their efficacy and ease of use. Rather than carrying heavy equipment and fluids into the field, civilian paramedics and combat medics alike can use the CRI and ITD complement to determine the status of a patient. “You can imagine having an algorithm that tells them that the individual is moving toward shock,” Convertino says. “All they have to do is watch a gas gauge and see if it goes from green to yellow to red.”

He adds, “Rather than the challenge of carrying IVs and fluids onto the battlefield, medics can have something in their kits as simple and small as the ResQGARD. They can ask the injured person to breathe on it, which will increase blood flow back to the heart.”

Lest anyone think that Convertino’s work resides in the lofty world of research and theory, an email he received from an emergency medicine physician in the ED of a combat support hospital in Baghdad tells a different story. Two severely wounded soldiers were brought in, one with a gunshot wound to the head and the other with a gunshot wound to the pelvis. The soldier with the head wound died. The soldier with the pelvic wound registered blood pressure at 36/16, with hemoglobin down to six or eight.

“As a last-ditch effort to save his life, the physician used an ITD device,” Convertino says. “It brought the blood pressure up enough to get him stabilized and to the OR. They saved his life.”

True Purpose
Upon arrival to work every morning, Convertino notes the brass signs on the building that adorn both entrances to the U.S. Army Institute of Surgical Research: For Combat Wounded “¦ “When I walk in the door each day and see that sign, I realize the opportunities and the responsibility that I have to conduct research that is directly supporting the combat medics in saving lives on the battlefield,” he says.

Convertino’s office sits across the parking lot from the Center for the Intrepid, a state-of-the-art rehabilitation center for combat amputees, which also drives the point home for him. “I am doing something I love and have the freedom to do,” he says. “That freedom is the freedom of every American. We have that because we have these brave men and women who are willing to make the ultimate sacrifice so that we can keep that. I think about that every day.”