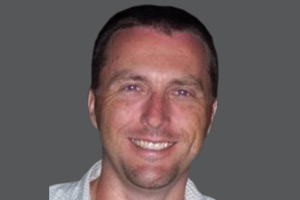 In the beginning, there were MS-DOS, listservs, AOL, CompuServe and Netscape Navigator. Long ago, these and other “high-tech” inventions ushered in the digital age. My, how times have changed. Today we have Facebook, Twitter, Skype, blogs, podcasts, wikis, and a host of other online technologies that have literally transformed the way people communicate around the world. And Tom Bouthillet, EMT-P, has been there from the beginning.

“Before the advent of Web 2.0, back in the days of Internet bulletin boards and listservs, I was already engaging my peers in online discussions,” says Bouthillet, a fire captain/paramedic with Hilton Head Island Fire & Rescue in South Carolina. “The EMS 2.0 movement was born out of social media, but for many of us it was a seamless transition.”

Embracing the Digital Age
Bouthillet has embraced the digital age with gusto. He is the editor-in-chief of the EMS 12-Lead blog and podcast, a Web columnist, creator of the 12-Lead ECG Challenge app and host of the Code STEMI Web Series at First Responders Network. He uses these platforms to advocate for the evidence-based care of acute ST-elevation myocardial infarction (STEMI) and sudden cardiac arrest patients.

“I had been teaching 12-lead ECGs and acute coronary syndromes in the Critical Care Transport (CCEMT-P) program out of the University of Maryland Baltimore County for many years, and during that time, prehospital activation of the cardiac cath lab became a very hot topic,” he says. “Regional systems of care for acute STEMI were popping up around the country, and with that came increased expectations of paramedics’ ability to interpret a 12-lead ECG. I knew I had a lot of knowledge to share, and blogging seemed like the best way to reach as many people as possible in a relatively short period of time.”

Unlike many other blogs that quickly fizzle out, the EMS 12-Lead blog was an immediate success. “Most paramedics want to do a good job, but unfortunately, 12-lead ECG interpretation is often poorly taught, either because the instructors aren’t experts or because there are so many things that a paramedic is expected to be proficient in,” says Bouthillet. “The success of the EMS 12-Lead blog and podcasts clearly demonstrates that EMS professionals are eager to step up to the plate and do their part to streamline these systems of care and do the right thing for the patient.”

With cardiovascular disease being the number one killer in the industrialized world, Bouthillet believes the topic is the issue of our time, and wants to be part of the discussion of how to better prevent cardiac events and more effectively treat cardiac patients.
STEMI Awareness

“The project I’m most excited about is the Code STEMI Web Series,” he says. “The executive producer is Ted Setla from Setla Films and First Responders Network. Most people know him from the Chronicles of EMS. He’s one of the most creative and visionary guys that I’ve ever worked with.”

“The EMS community was appalled by NBC’s Trauma and with good reason,” says Bouthillet. “We don’t need to make up stories because our stories are incredible just the way they are. EMS professionals take to the streets every day all over the world and do their part to save lives. We wanted to get to know them in a personal way that was both entertaining and educational. We are very grateful to Physio-Control for helping to make this possible.”

Bouthillet also helps streamline care in his own community. “I’m very proud of Hilton Head Island Fire and Rescue. We’ve made huge strides to reduce the death and suffering associated with cardiovascular disease. We collect data through the CARES registry; we activate the cardiac cath lab from the field for acute STEMI patients; we utilize a “˜pit crew’ concept for cardiac arrest patients, and we recently launched a “˜Code ICE’ protocol where we initiate therapeutic hypothermia in the field.”

It seems to be working. “We’re saving more lives, and we can prove it now.”

One Step Ahead
Many of the best practices that have been implemented in Hilton Head Island were learned from other EMS systems around the country. “One of the most powerful things about EMS 2.0 is the ability to learn from your peers around the world. Many of the things that have been successful on Hilton Head Island were validated first in other areas like Seattle/King County, Raleigh/Wake County, Minnesota/Hennepin County and Austin/Travis County, Texas.”
In turn, Bouthillet shares those best practices with others in his blog and podcast. “You have to practice what you preach because that’s what makes you credible. On the other hand, there’s always something more to learn. I can honestly say that no one has learned more from the EMS 12-Lead blog and podcast than I have.”

He also attributes much of his success to his peers. “My associate editors David Baumrind and Christopher Watford are brilliant, and I’ve had some incredible mentors like David Hiltz from the American Heart Association and Stephen Smith from Dr. Smith’s ECG Blog.”
Bouthillet measures the success of his website–and the affect it has had on a worldwide audience–not in the number of Facebook friends he has (although he recently topped 11,000), or in the number of people joining his discussions or listening to his podcasts. No, he measures his success in the level of engagement and the degree of dialogue generated on his site and in the EMS community. “It’s not that people are just coming to my site,” he says. “More important to me is that they are engaging with what is there.”

It makes him happy to see spontaneous dialogue happening in the comments section of his blog, particularly when readers are wrestling with concepts and trying to find solutions to knotty problems. “I think it stimulates higher learning when they have to reason through a problem,” he says. “I don’t have to spoon-feed everything to them because they are engaging with one another. And that’s the power of the medium.”

For many bloggers and podcasters, the chance to disseminate their message to the masses springs from a desire to be famous or infamous–or perhaps to just needlessly stir the waters of controversy and debate, all toward a goal of creating little more than shock value. For Tom Bouthillet, the chance to disseminate his messages to the EMS world and beyond is born out of a desire to pay things forward, a hope that others will do the same, coupled with a yearning to help save as many lives as possible along the way.

“If I treat all of my patients like a member of my own family, then I hope that someone else will treat my mother and father the same way,” he says. “I look at a human life that is snatched away, all the possibility that was stolen, and I imagine what it would mean to bring that life back.”

“There are people who maybe had an arrhythmia while playing tennis. Maybe they were only 40 or 50 years old and had two kids. What’s that death going to do to that family?” Bouthillet hopes, in his own online way, to minimize that question for as many people as possible.

“I think by concentrating in this area of sudden cardiac arrest and STEMI, we can really start to make sure that our systems are optimized, so that when those precious chances come along, we really do give the patient the best possible chance of survival,” he says. “We owe it to the community, but we also owe it to ourselves.”

Log on to Tom Bouthillet’s site and join in on the conversation.