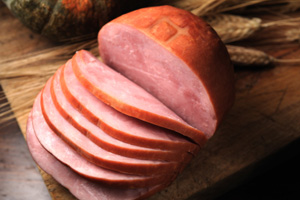 Quick: How do you give nitroglycerine? If you’re like the vast majority of EMS providers, you give it sublingually in either tablet or spray form, one 0.4 mg dose every five minutes until hypotension develops, symptoms resolve or a maximum of three doses are given. This has been a staple of the EMS protocols for every system I’ve worked for since I was an EMT-B volunteering for a rural ambulance service.

Even now as a paramedic with more than a decade on the streets, it’s still the way I give it. Sure, I have nitro paste in my bag of tricks now, and some services carry nitro drips. But the standard limit of three sublingual tablets or sprays is pretty universal. It’s just one of the ways we do the things we do, right?

I was curious about this and started doing some research on the topic. Surprisingly, I can’t seem to find any compelling reason that the three dose rule applies. The guidelines for nitroglycerine that I’ve found all seem to say that the rule applies to patients who are prescribed nitro for angina or other symptoms by their physician. They say to “seek medical treatment” if they take three doses and still have symptoms. This makes sense for a layperson, but aren’t EMS people “medical treatment?”

I mean, the dosing scales for nitroglycerine don’t say that more than 1.2 mg (0.4mg x three) in 15 minutes is harmful. In fact, they say that the half-life for the drug is four to six minutes and that the max duration of action is 30—60 minutes.

If the side effects of too much nitro become harmful, they can be mitigated with IV fluid, and EMS providers can treat for shock in worst-case scenarios. I just can’t seem to find a good, solidly proven reason that most EMS protocols I’ve studied still tend to limit us to a maximum of three doses for hemodynamically stable patients with confirmed cardiac ischemia–especially when nitroglycerine provides symptom relief. Although I did find some protocols–such as Pennsylvania’s statewide ALS–that have mention of giving more, the vast majority follow the rule of three.(1) I can’t seem to find out why that is.

To make sure that I wasn’t way off base with this, I conducted an informal poll of my EMS and healthcare buddies. I called, texted, Tweeted or Facebooked them and asked, “Hey, can you tell me why we stop at three nitros?” Mostly, their answers all sounded the same: They’d give a reason that made sense to them, admit that it was a guess and then ask me to tell them when I found the answer.

Nobody seemed to know. Not physicians. Not paramedics. Not nurses. They’d all just accepted it as fact and had been treating patients that way for most of their careers without giving the rule a second thought. Once it was brought to their attention, they were as curious as I was.

Are We Cutting Ham?
I’m reminded of a story about a family cooking a baked ham for Easter dinner. A mother was cutting the ends off of a ham before she put it in the oven to roast it when her little girl came up and asked why she was doing that. The mother said, “Because that’s the way my mother always did it. I really don’t know why.”

The mother then went and asked her mother, who gave the same answer. Because this was a holiday and the great-grandmother–the matriarch of the family–was there visiting, they were able to ask her about why they’d been cutting off the ends of the ham before they baked it. She chuckled and said, “I used to cut the ends of my ham off because my only roasting pan was too small to fit the whole thing.”

It has been said many times, usually with some derision, that the fire service is “300 years of tradition unimpeded by progress.” I think that everyone reading this can think of some examples of that statement being true. EMS people can be similar, although we don’t have the rich and full history of the fire service completely behind us.

The term “culture bound organization” is sometimes used to describe organizations and systems that hold on to functioning the way they do simply because it’s the way they’ve always done things. Our profession has some of the hallmarks of being culture bound in a lot of the way we do things. Look no further than the nitroglycerine thing or the fact that some EMS agencies fiercely insist that their EMTs place every single minor trauma patient in full spinal immobilization even in the face of vastly growing evidence that it can do much more harm than good when irresponsibly applied.

We transport pulseless cardiac arrest patients for the same reasons. We’ve become culture bound in those beliefs and balk at those who we feel are uninitiated to tell us differently. We’re cutting the ends off of our ham in a lot of these cases and tend to rebuke those who suggest that we change our practice simply because we can’t give a good answer as to why we do things the way we do them.

Whether it’s giving nitro three times, immobilizing every patient taken from a minor fender bender or transporting patients in cardiac arrest who have no hope of resuscitation, we participate in group behaviors that have no clear reason for persisting in EMS. If you really think about these things, you’ll most probably find a number of them in your daily EMS life and your own EMS organization.

When you think about these things, the behaviors begin to seem very strange, even though you’ve been doing it without question for a long time. It’s time that we start looking at our behaviors and modifying them to fit the most recent information rather than making our information fit our long-held behaviors.

That, and the ends of the roast ham are the best part.