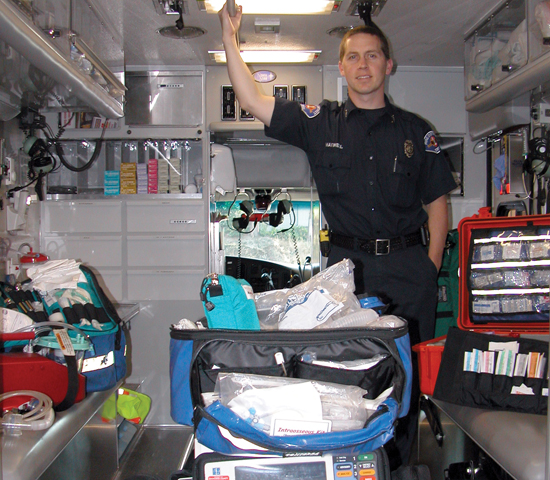 It started with a book, which grew into a series of checklists that may now result in the transformation of the EMS industry.

Last year, Shaughn Maxwell, EMT-P, medical services officer and division head for EMS, Snohomish County (Wash.) Fire District 1, was working on a committee charged with developing a statewide system for cardiac and stroke care; this coordinated system would be one of the first in the nation. Specifically, the committee was trying to outline the key interventions that EMS providers should know and implement on every patient call. Given the more than 200 EMS protocols now in service, it was a tall order indeed.

Consistent Care
“It was such a complex conversation that I asked myself how was I going to remember these things for every patient, let alone make sure that the 200 people I oversee remember them,” says Maxwell. “But I feel that everyone should get the same, best care, so I wondered how we could provide consistent care for every patient.”

Around the same time, Maxwell was reading The Checklist Manifesto: How to Get Things Right by Atul Gawande. The book details how the complexity of our lives can be better managed through the use of checklists–an idea that intrigued Maxwell.

“The book discusses how all high-consequence industries, like aviation, the nuclear industry and surgery, are using checklists to deliver consistent reliability,” Maxwell says. “And I wondered, “˜why aren’t we doing this in EMS?’ Fire departments use checklists; it’s called an incident command checklist. We use checklists to make sure the medic and fire truck are ready in the morning. We are surrounded by checklists; they’ve been under our noses all along.”

Coincidentally, Maxwell’s medical director, Dr. Richard Campbell, was reading the same book. “We didn’t know we were both reading the book,” Maxwell says. From his reading, Maxwell discovered that Dr. Gawande was appointed by the World Health Organization (WHO) to find ways to make surgery safer around the world. To do so, the WHO adopted checklists. “They thought it would reduce complications by 15%,” Maxwell says. “In fact, it reduced complications by one-third and cut death rates by half. They stumbled upon something great.” The surgical checklists that the WHO designed have now been adopted in more than 20 countries as a standard for care.

Developing Checklists
Armed with this knowledge, Maxwell believed that the use of checklists could dramatically impact EMS care. He and Dr. Campbell decided to introduce the idea of developing checklists for high-acuity patients, not just for cardiac and stroke care but also for all critical conditions where EMS can make a difference. 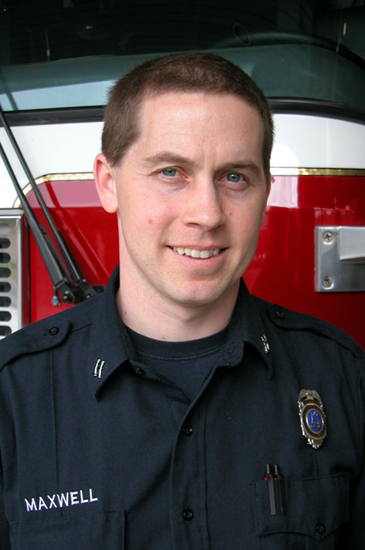 To start the process, they used a consensus paper published in the Journal of Prehospital Emergency Care called “Evidence-Based Performance Measure for Emergency Medical Services Systems: A Model for Expanded EMS Benchmarking.” Maxwell and Campbell also looked at additional research and settled on 10 areas where checklists might make a critical impact. “These areas are only 10% of the calls we go on, but we know we can make a big difference with our interventions,” Maxwell says.

The number needed to treat (NNT) was a measurement tool from the research that really struck Maxwell. “It’s a phenomenal way to illustrate for EMS providers which interventions make a difference and which don’t,” he says. As an illustration of how the NNT works, Maxwell uses an example of a heart drug that is given to five people. If one of their lives was saved then the drug would have an NNT of five. If it took 50 people to save a life, the drug would have an NNT of 50. “If you do a 12 lead, give an aspirin and get a patient to the cath lab in less than 90 minutes, you have an NNT with a ST elevation myocardial infarction (STEMI) of 15,” Maxwell says. “But if you only give an aspirin, the NNT jumps up to 42.”

Checklist Enhancement
To date, Maxwell and the committee have created 12 checklists. They covered the 10 areas they set out to complete and have expanded into two emerging areas: syncope and sepsis.

Maxwell believes that good checklists require extensive knowledge, persistence and focus to develop. “When I read the book that said checklists can go through 50 revisions, I thought, “˜yes, I’m sure they go through a lot of revisions,'” he says. “I now feel the full weight of that statement. We did more than 25 revisions on our first checklist.” To get it right, the committee debated flow, process, accuracy and the priorities of what to do when. “We have Immediate Actions, which they use in the aviation industry, and then we have Items to Consider,” he says. “Where does something fall? Is it an Immediate Action or a Consideration? They are incredibly complex [questions] for such a simple tool.”

Once a draft of a checklist was presented, the committee gave feedback, sometimes for hours. “I had a group of our smartest paramedics and doctors in a room, and we developed headaches trying to analyze the absolute best wording and best order of the checklist,” Maxwell says. “We’d revise them and then look them over again.”

Maxwell was so intrigued with the idea and success he was having developing EMS checklists that he emailed the man who inspired him, author Atul Gawande. “He was so kind and humble,” Maxwell says. “He has sent people my way, and they have assisted me in checklist design.”

Maxwell talked to Gawande about the resistance that some in EMS have to checklists because they feel the lists take too much time. Gawande told Maxwell about a recent study that looked at using checklists during simulated emergencies in the operating room. One team used a checklist and the other did not. The results showed that the team that used a checklist had a 75% reduction in missteps and errors. “It made me feel validated,” Maxwell says. “It also made me realize checklists need to become an EMS best practice.”

Avoid Missing a Step
Many years ago, a head-on car accident in the middle of the night claimed the lives of 11 people in Eastern Washington. Maxwell remembers saying a prayer, asking for help to do everything he could to give the victims the best possible chance. “I think we did everything right that night, but we’ll never know,” he says. “If you do a checklist, you will know you did everything right because nothing will be missed.”

Years later, he was called to a commercial construction site where a propane tank had exploded. The call encompassed a construction fire, a brushfire, and a mass casualty incident (MCI), all in one. Maxwell was handed the MCI checklist when he arrived on scene. “Everything went right that day,” he says. “But I have the double validation that we used the checklist. And because I went down the checklist, I know that we did everything right.”

With the use of checklists clearly so effective, one would think that EMS would quickly adopt the practice. But the industry has been slow to get on board. Maxwell attributes this to the culture and the pride of paramedics. “We are taught in paramedic school to be independent and autonomous and that you need to remember everything. That includes drug dosages and all the protocols. If someone asks you a question and you don’t have the answer top of mind, then you aren’t really considered a good paramedic,” he says. “But the world is becoming so complex that you can’t remember everything. As long as there are humans, there is going to be imperfection and fallibility. Once we can accept that we are fallible, I think we can be better than we are today.”

Maxwell says he hopes that every prehospital provider decides to break through barriers and try to help people to the best of their ability. And he sees checklists as a cornerstone of that commitment. “When we use a checklist as a tool to help us be more successful, it’s sometimes looked at as a weakness,” he says. “But a checklist should be looked at as a strength. I think checklists are a secret weapon to make you better at anything.”