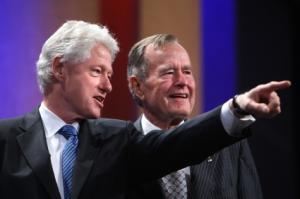 Imagine working under a chief fire officer who’s smart as a whip. In fact, he’s so intelligent that he’s probably been invited to become a member of the Mensa society. He never studies for a test but scores 100% most of the time. Some people would probably put him in the classification of a nerd. I imagine him running around his high school with a pencil protector in his shirt pocket and eyeglasses taped up.

Imagine that those who serve under him have become frustrated because of his poor communication skills.

Case in point: You need to be able to communicate to be an effective leader. Politics aside, look at recent presidents, such as Ronald Reagan, Bill Clinton and Barack Obama. Forget what they say in their speeches and instead watch how they communicate their message. They know when to accentuate words, slow down their speech, pause and gesture with their hand for emphasis. These are all effective ways of communication that great leaders can use.

These presidents prove you can’t be a decent leader if you can’t communicate. Notice I didn’t say you cannot talk. Talking and communicating have very different meanings.

I admit I secretly enjoy observing and studying others giving speeches. I mentally note how they start, deliver their message, deal with unexpected interruptions and end their speech. Good speakers are always well choreographed.

But you don’t have to be giving a speech to hundreds of people to be an effective communicator. You could be holding a staff meeting, making a speech at the local Lion’s Club, making a budget presentation to your city council or just talking one-on-one with one of your employees.

Tips for Communicating Well
Over time I’ve learned a few things. First, if you’re a liar, you’ll never be able to communicate. How can you communicate effectively when people don’t believe anything you’re saying? Trust is something every leader should have already earned, or their message will be lost because the audience is trying to figure out if what they say can be trusted.

Also remember that people couldn’t care less about what you’re saying unless they think you care about them. This is especially true when you are leading your own organization. Do you really think paramedics and EMTs care what you have to say if they know you consider them disposable and think poorly of them? Everybody wants to think their boss cares about them, and caring about your employees goes a long way before you even utter a word.

A good communicator also knows when to shut up. This is one of my weaknesses; my staff playfully teases me that I talk too much. Even though they joke, there is probably truth behind their words. Still, I know when to stop talking and start listening.

A leader knows when to shut up and listen. I think leaders can’t learn anything when they’re talking. Listening can also show your employees you care, which brings me back to my previous point. If you listen intently to what they say, they sense that you care about them because you’re taking an interest.

Lastly, if you’re going to speak, you need to know your subject matter. No matter what you’re talking about or who your audience is, you better be knowledgeable about the topic. Making inaccurate statements, making up facts as you go or lying (hopefully not) will immediately repulse your audience members and they will never hear the rest of your message.

Conclusion
Communication is such an overlooked asset of being an excellent EMS manager. Everybody seems to focus on your knowledge of budgets, inventory or managing employees by the rules and regulations, but usually no one puts emphasis on the need to effectively communicate. It’s important as an EMS manager to continually practice and perfect your ability to communicate with others in order to be successful.