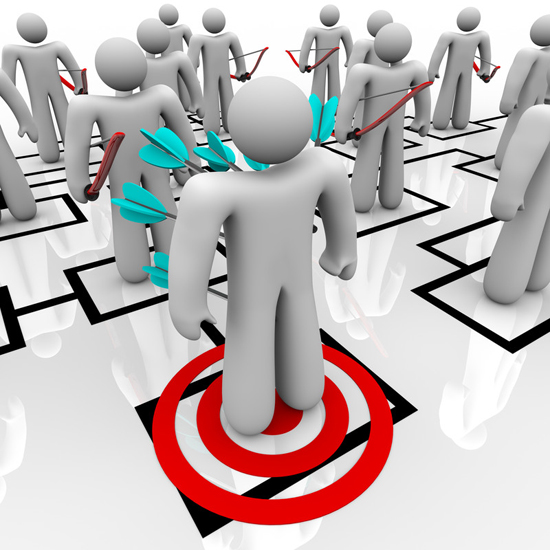 You’re at your desk going over monthly numbers for your system and bam! Out of nowhere comes a sharp pain in your back, square between the shoulder blades. It’s severe in nature and burns a little. You look as best you can over your shoulder to see what caused this, but you can’t. The only thing you’re certain of is the excruciating amount of pain you’re feeling. You walk to the bathroom so you can look in the mirror–there you find an 8″ knife sticking out of your back.

You can’t believe what you’re seeing, but reality shortly sets in and you realize you’ve been backstabbed. After additional analysis and the dusting of fingerprints on the knife’s handle, you realize this crime was performed by a colleague–someone who may have even claimed to be your friend.

Further investigation reveals it’s several colleagues who’ve professed to be your friend and broken bread with you on many occasions. They’ve plotted and conspired in the darkest reaches of the EMS halls and offices for quite a while. They’ve huddled in other places far from the job. They may have plotted for a long time and what just happened is part of a continual campaign to force you out. They may have even consulted with others.

The jealousy co-workers harbor that causes backstabbing can hurt your feelings, shake your foundation in humanity, and maybe end your career. Unfortunately, EMS and fire agencies almost unknowingly encourage this type of behavior because the career ladders are very limited. To move up in the organization, someone has to move out of the way–either voluntarily (through promotions, retirement or resignation), be forced to resign, or be terminated (rightfully or wrongfully because someone had maliciously set out to destroy their reputation). There are fewer seats the closer you get to the top, so you’re more likely to find someone who wants to see you out of the way.

How do you guard against those who seek to destroy you?

First, you need to realize that most backstabbing in this industry is based on jealously of your success and attempts to advance a career. Backstabbers may smile to your face, but secretly they envy your achievements.

Dealing with jealousy and gossiping isn’t easy. Your first reaction is usually emotional and you want to lash out at all involved. However, outrage won’t take you very far and may even hurt you. You need to remain calm. Stoking the fire of anger with additional coals may eventually cause a boiler explosion when the fire gets too hot.

You need to take care of yourself and find a way to manage what happened. Family members are great for providing a source of strength during something like this. In worse situations, you may need to speak with a counselor or, if it’s severe enough, an attorney. Constructive discharge or constructive dismissal from the workplace is possible grounds for a lawsuit if brought about by others conspiring to force you out.

Sometimes jealousy and gossiping can show a flaw in your management style or character. All your backstabbers did was exploit an opening, so do a self-review and see if there’s something you can fix with yourself to not create more for others to take advantage of.

Your foundation in people will be shaken, but this doesn’t mean you have to stop trusting everyone. Remember, most people you work with are happy about your achievements–they don’t resent your success. However, you’ll need to find a balance between over-trusting people and building an impenetrable wall around yourself.

These situations can be painful and even cross the legal line. However, you need to be the better person and show why you’re an EMS manager deserving of the position you hold. Only by showing professionalism and not giving those who spread rumors or throw you under the bus an opportunity can you defeat their underhanded tactics.