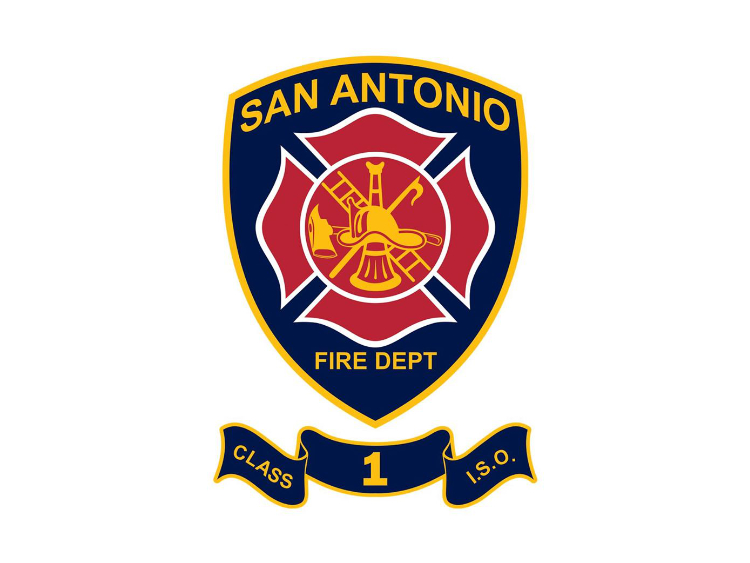 Harper Courrege, a precocious 10-year-old whose interests include reading and animal care, may owe her life to a cell phone and internet connection.

In early July, the Courrege family came from Austin to SeaWorld San Antonio to celebrate Harper and her twin sister Carly’s birthday. Their last stop was at the park’s Texas Stingray roller coaster, the “tallest, fastest and longest” of its kind in the state.

“We (were) all very nervous,” Harper’s mother, Jordan, remembered. The ride seemingly went off without a hitch until the cars stopped. Jordan turned around to check on Harper and Carly and noticed Harper wasn’t moving.

She was slumped to the side, her eyes rolled back in her head. Unbeknownst to her parents, Harper suffered from a rare congenital heart condition that caused her heart to stop beating in response to physical and emotional stress.

Panicking, Harper’s parents and siblings called her name over and over again. “We’re like, ‘Harper, Harper, Harper,'” Jordan said. When she didn’t react, they began screaming for help.

A nurse and a firefighter who were nearby came over and took turns performing CPR in an attempt to resuscitate Harper. Their efforts didn’t seem to have any effect. “She just wasn’t coming to,” Jordan said.

Then she heard a calm voice rising above the fray.

The voice belonged to Kris Dean, a paramedic and firefighter with the San Antonio Fire Department. Last year, she became one of the first employees to begin working as a clinical dispatcher for the department’s pioneering telemedicine pilot program.

Watching through the camera of the 911 caller, Dean saw the woman performing chest compressions was applying too much pressure to Harper’s chest.

“Ma’am, you’re pumping too hard for a little girl,” she said, according to a recording of the call shared by News 4 San Antonio. Then, a second later: “There you go.”

Some 10 minutes after Harper lost consciousness, emergency medical technicians showed up to shock her back to life and whisk her to a nearby hospital. Harper was admitted to the ICU and put on oxygen. She later had surgery to implant a defibrillator, a medical device that detects and treats abnormal heartbeats.

Telemedicine, the term for a consultation with a clinician that takes place remotely, has become a fixture of medical care in the post-COVID-19 world.

Named “GoodSam,” an apparent portmanteau of the biblical term “good Samaritan,” the SAFD pilot program relies on an application by the same name that was developed by a United Kingdom company.

The app enables dispatchers such as Dean to video-conference with 911 callers. It also possesses artificial intelligence capabilities that monitor critical measures of health such as heart rate. In effect, it relays a constant stream of visual data, potentially relevant information that could influence the processes of diagnosis and treatment.

“What this is doing for us is allowing us to place a paramedic in your living room in 15 to 30 seconds,” Fire Chief Charles Hood said.

The pilot program began in October 2020 and ran for a less than 10 months. The results were revealed in a city budget meeting after the program ended in August.

Speaking to the mayor and the City Council, Hood said GoodSam dispatchers determined 71 percent of 6,029 calls for medical assistance they received did not warrant the deployment of an emergency vehicle, saving SAFD employees an average of 14 trips a day. By reducing the transportation burden, the program in turn freed up potentially life-saving resources and significantly minimized the chances of an accident or COVID-19 exposure.

In photos that Jordan Courrege posted on Facebook, Harper appears cheerful. She poses with snacks; smiles widely from a bed piled high with by stuffed animals; and walks an amiable-looking therapy dog down a hallway.

Doctors expressed amazement that Harper had survived without sustaining any significant injuries, according to Jordan.

“They just kept saying it was a miracle,” Jordan said.

Jordan believes Dean’s assistance via GoodSam “played an integral role” in Harper’s survival and recovery. While the CPR did not restart Harper’s heart, it kept oxygen-rich blood flowing through her veins until help arrived, ensuring vital organs such as the brain remained healthy.

That, Jordan said, “is the reason why there’s not any long-term damage — just because of Kris.”

In Hood’s eyes, the GoodSam program is an effective means of killing two birds with one stone: saving the city money by preserving department resources and improving outcomes by speeding up access to care.

“Say (a person) called and said, ‘Can you check (on) my mom? She’s not feeling good.’ You ask the mom to smile and she’s got a facial droop. You ask her to raise her arms (and) she can only raise up her right. So she’s aphasic, she’s suffering signs of a stroke … That gives us a better indication of what type of care she’s going to need, so then we can call up a hospital that can initiate a stroke protocol,” he said.

Telemedicine has been criticized for its inaccessibility to people who either do not have the expertise or the technology necessary to navigate the relevant platforms, including the poor, the rural and the elderly. People without smartphones won’t be able to use GoodSam. But Hood said their ability to obtain urgent or emergent health care will not be affected by the implementation of the program.

“If we don’t have that smartphone availability, then we’re just going to send a resource, so no one’s losing out as far as getting service,” he said.

Still, GoodSam represents a valuable weapon in SAFD’s arsenal. In the city budget meeting, Hood petitioned the council for $1.1 million to expand the program to hire eight new clinical dispatchers. The staffing surge is expected to boost the number of calls the department’s communications division can handle by about 25 percent, significantly increasing the program’s reach.

“I see this as being a permanent service delivery aspect of the San Antonio Fire Department, and probably fire and EMS services around the country,” Hood said.

Harper went home after a week in the hospital.

Her life has changed in a multitude of small but meaningful ways. Genetic testing revealed the cause of her heart attack: catecholaminergic polymorphic ventricular tachycardia (CPVT), a syndrome so rare only an estimated one in 10,000 babies are born with it.

People with CPVT can develop an irregular heartbeat, or arrhythmia, in response to the secretion of adrenaline, a stress hormone that is released during strenuous exercise and emotional outbursts. None of Harper’s immediate relatives have CPVT, meaning it was caused by a spontaneous mutation, Jordan said.

The diagnosis means Harper has to take certain precautions to prevent another heart attack. She cannot roughhouse. She cannot lift heavy items above her head. She cannot play contact sports such as field hockey. She cannot sit on the right side of the car or carry her backpack over her right shoulder to protect her defibrillator. But those sacrifices are a small price to pay for survival.

Owing to her experience at SeaWorld, Jordan is strongly in favor of efforts to scale up the GoodSam program. In her mind, it has the potential to improve the quality of remote medical interventions and save lives as a result.

Other fire departments seem to think similarly. Several, including those in Dallas and Austin, have reached out to inquire about incorporating telemedicine into their own emergency care services.

“(This) is something that no other fire department in the nation is doing right now,” Hood said, adding, “We are riding a wave of the future.”

0
A car crashed into an ambulance in Fort Worth on Sunday as the ambulance drove through an intersection on the way to a call, officials said.