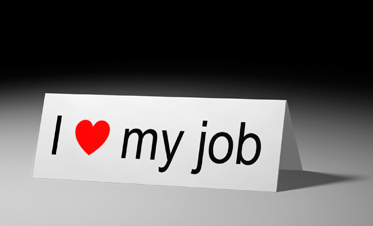 “What’s wrong with you?” My wife, aka She Who Must Be Obeyed, asked the question with something between concern and annoyance. She was on the couch watching TV. I had been pacing around behind the couch muttering to myself.

“I know what’s wrong with you. You need to get back on an ambulance,” she said.

That was a surprise. After all these years of working two and three (and four) jobs, I assumed that was the last thing she would want me to do.

“You need to get back on the street, or you’re gonna drive me nuts,” she said.

“Really? Have I been that bad?”

When my wife and I met in 1985, I was completing grad school and paramedic school at the same time. In the 25 years we’ve known each other, across four states and several different occupations, I’ve always been a paramedic, even when it wasn’t my primary job. During my 15 years of college teaching, paramedicine remained the background music to my life. I always felt a greater affinity to and comradeship with medics, firefighters, docs, cops and nurses than with my fellow academics. For me, publishing an article in an obscure journal on an arcane subject never gave me quite the same thrill as a really good MCI, or the same satisfaction as a really good save.

When I graduated from law school a couple of years ago and started working in the county prosecutor’s office, I figured it was time to hang up my stethoscope. After all, I found that being a prosecutor wasn’t all that different from being a medic. Prosecuting is to law as paramedicine is to medicine — street law and street medicine. That’s probably why I was attracted to criminal law, and prosecution, in the first place. Too bad I seem always to be attracted to the areas of my professions that pay the least. It’s ironic, and may come as a surprise to those who assume all lawyers get the big bucks, that I made more as a paramedic than I do now as a prosecutor.

The majority of a prosecutor’s work consists of brief encounters with dysfunctional people who keep getting in trouble for doing the same stupid stuff over and over.

And the prosecutor’s job is usually to figure out some way to keep these poor schmucks from doing the same stupid stuff over and over.

You see many of the same people parade through your court that you saw parade through your ambulance, and you have just about as much hope that you’ll be able to fix them and send them on their way and never see them again. So, in many ways, prosecuting felt very familiar from day 1.

My job application for part-time went in the next day.

Maybe someday I’ll be able to shake the habit, but not yet. I’ve been working pretty much every weekend since March for an excellent, busy, big-city service, and I’m loving it. I look forward to every day I go to work, and I get to partner with quite a few geezers like me who are still doin’ it and still lovin’ it. We just may have to accept the fact that we may never grow out of it. After all, who wouldn t miss lying on a crud-encrusted floor, kicking away the cockroaches while intubating a regurgitating 300-pound patient?

Also,share the reasons why you love EMSon JEMS Connect.