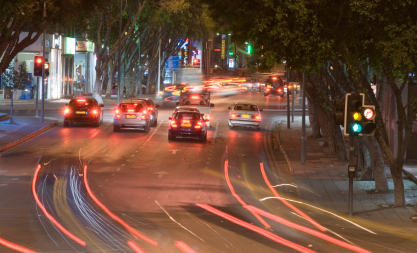 It’s a warm fall Wednesday evening, Sept. 26, 2018. Bill Wright and his partner, Wayne Ellis, have stopped at the neighborhood Starbucks for a cup of coffee before the evening gets busy. Wayne is seated on the little patio, staring at the traffic moving by. Bill opens the door, carrying two cups of hot coffee, and says, “I am going to quit drinking coffee. Can you believe this crap? They want $9.95 for a simple cup of coffee. I remember when you could get a cup of Starbucks coffee for less than five bucks.”

Wayne, a rookie, laughed and said, “Yeah right, a cup of coffee for less than five bucks.” He shook his head in disbelief. They sat and sipped the hot coffee. Wayne asked Bill, “Are you going to watch the Las Vegas Gamblers play the Dallas Cowboys Sunday?” Bill just shook his head. Wayne knows that Bill’s favorite NFL team is the San Antonio Saints.

Just as they’re finishing their coffee, the emergency alert system notifies them of a call. The emergency alert system immediately provides every bit of information known about the call. They’re responding to 1804 University for a man not breathing. The screen shows three people live at this residence, and four ambulance calls and one fire response have been called for this residence in the past four years. The closest AED is at a school less than half a block away. No hazardous materials or dangers are known to exist on the scene. The paramedics throw their cups in the trash and head to their vehicle. As soon as they hit the power switch, the heads-up display (HUD) shows the information about the call. It also plots a route to the call using the latest information about traffic and weather conditions.

The Mercedes Benz ambulance accelerates quietly. The electric motor is driven by a series of hydrogen fuel cells that also help power some of the medical equipment. Wayne activates the emergency vehicle warning system (EVWS), and they leave for the call. The EVWS uses lights and a siren. But, the major feature is an electronic signal it emits to all cars within 500 meters. The signal immediately turns off a vehicle’s entertainment system and displays a message that says, “Emergency vehicle approaching. Move immediately to the right lane and stop.” EVWS receivers have been required in the U.S. since 2012. In addition, the EVWS turns all traffic signals to red and notifies any trains or bridge operators of the ambulances approach.

As the crew approaches the scene, the roads become hilly. They feel the diesel motor kick in to help move smoothly up the hill. Finally, five minutes after the call, they pull up behind a fire department EMS support vehicle. They grab their equipment and enter the house. The patient is a pale, elderly man. Fire department EMTs are doing CPR. AED pads are in place. The fire department staff reports that they performed a single AED shock. It had no effect. Bill grimaces and says, “Let’s give it one more shot.” The EMTs stop CPR. The AED still shows ventricular fibrillation and a second countershock is provided. There is no change and no pulse.

Bill says, “Let’s get busy.” The team springs into action. While the fire department crew continues CPR, Bill inserts a large, IV catheter in the right arm. Wayne opens the cooling kit and applies the head cooling module to the patient’s head. He sets the desired temperature at 10_ C. Meanwhile, Bill begins to administer a special protective IV solution that is cooled to 4_ C. It contains amino acids, buffers, glucose, potassium, insulin, anti-endotoxin antibodies, and free-radical scavengers. The esophageal temperature probe is inserted and connected to the Life-Pak 21 patient data monitor. When the patient’s core temperature reaches 30_ C, CPR is stopped, and the intravenous fluids are slowed.

The patient data monitor shows that the patient is now in asystole. During the past few cardiac compressions paramedics saw that the ETCO remained near 35 mm/HG, the electrolytes (sodium, potassium chloride) were near normal, and the lactate was 1.6 mmol/L. There was no evidence of carbon monoxide or cyanide poisoning.

The team carefully prepares the patient for transport. They move the old man with care in order to not worsen any peripheral acidosis or cause injury. Once in the ambulance, he’s connected to the onboard cooling and monitoring system. They make a quick look to ensure everything is secure, and they department for university hospital just five miles away.

Once at the hospital, they bypass the emergency department and head to the reanimation suite. There, a reanimation team that includes a cardiothoracic surgeon and a critical care intensivist meets them. A neurologist is readily available. Once in the suite, the physicians begin to place the patient on cardiopulmonary bypass. As soon as this is complete, perfusion is restored, but the patient remains hypothermic. The surgeon inserts a catheter into the patient’s right femoral artery and cannulates and images the coronary arteries. A 98-percent occlusion is noted in the proximal left anterior descending artery. He quickly lasers a lesion and inserts a stent. Following that, he injects a solution that contains an oxygen carrying solution, a buffer, a free-radical scavenge, and celedoxime into the artery where the occlusion was.

The catheter is removed, and the decision is made to rewarm the patient at 1_ C per hour. The team expects the patient to develop ventricular fibrillation as his body temperature is raised. As soon as it occurs he is defibrillated into a sinus rhythm. The electrolytes and blood gasses are carefully monitored. As the patient’s heart grows stronger, bypass support is lessened. Finally, 18 hours later the patient is in the post-reanimation ICU and alert and talking. He has no recollection of the event.

Shortly after cleaning the ambulance, Bill and Wayne receive a call for a possible hip fracture. They replace the stretcher and head for the scene. Some things in EMS change, some do not. But, one thing that will change is how we approach patient care. There will be an emphasis on preventing secondary injury and less emphasis on such things as field resuscitation. Medical equipment will improve.

It’s interesting to watch the evolution of cardiac arrest management. When I was a paramedic in the 1970s, every cardiac arrest patient received 2 amps of sodium bicarbonate and 1 amp of epinephrine initially. This was followed by epinephrine every five minutes and sodium bicarbonate every 10. We also administered calcium chloride and, occasionally, atropine. For awhile, we gave cardiac arrest patients horse-killing doses of dexamethasone (Decadron). Today, all we give is epinephrine or vasopressin, and these will likely be stopped with the next American Heart Association revision. Thus, in 30 years we have gone from giving a Plano tackle box full of drugs to giving virtually nothing for cardiac arrest. Imagine what things will be like 10 years from now.