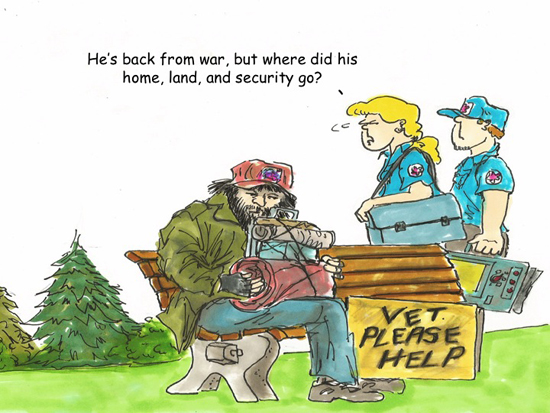 I’m a World War II buff–always have been. My father, along with his six brothers from Little River, Kan., served their country during the Great War as Navy men. They were deployed in seven different directions on seven separate ships. For their service, as the most siblings to serve in one branch during the war, President Roosevelt paid homage to my father’s family with a plaque that bears witness to their “honor, courage, and commitment to defend freedom” on a Navy statue in Washington, D.C.

My father, however, never shared any of his adventures on the high seas with me, nor did his brothers. Maybe this was due to an inherent gene his family possessed: never feeling the need to talk–about anything. Verbal communication was virtually nonexistent at family reunions, which were a real hoot if you like partying at a monastery whose inhabitants are infected with laryngitis. Or maybe the gift of gab was void secondary to being raised in a house with 12 siblings, all of whom were never able to get a word in anyway, so why bother. Or maybe the horrifying experiences of war forbade them from sharing such feelings, and it was that prospect that made me wickedly curious in the ways of war as a child. I was fascinated and curious of a global war that changed these Kansas City farm boys, whose initial idea of a body of water came from a well, into war-hardened warriors of the sea–sans Dramamine.

As I approached my teenage years, the Vietnam War was at its height and I wanted to do my part just as my father and uncles had, despite knowing nothing of their adventures in battle. And I imagined war as just that: an adventure.

One particular night while watching the CBS evening news with my father, the number of U.S. casualties from the war appeared painfully slow across the screen, just as it had every week for the past five years. I was afraid the war was going to end before I had a chance to be a part of it, and frustratingly said so to our first-ever colorized TV screen. My father, with a raised newspaper blocking his face, said, “Careful what you wish for.” Without thinking, I quickly countered in a babbling manner something involving patriotism, while adding, “Surely you know what I’m talking about dad.”

My father slowly lowered his newspaper and, without any sign of emotion, simply said, “Each man has to decide what is right and what is wrong when it comes to war, but regardless, when the #@%& truly hits the fan, you aren’t thinking of the flag you bear witness to. You care only for the man next to you who has your back while praying to God you don’t disappoint them while covering theirs. At that moment, it’s the only thing that matters.” With his newspaper now up and his voice sounding slightly sadder, he reiterated, “Your comrades are the only thing that matter.”

That was the first and last thing my father ever said about the war. Maybe he said other personally meaningful things later on while I lived at home, like, “Get your butt out of the bathroom. I’m late for work,” but at that particular moment, I’m pretty sure I disregarded this as an unromantic and uninspiring account of life through war.

Having been a paramedic these past 30 years and still proudly working the streets, I now know the full meaning of my father’s forewarning–not from a military confrontational point of view, of course, but from a war-like perspective regarding inexplicable human suffering. Granted, there are only a few times as a medic I’ve felt threatened to the point of potentially losing my life, unlike that of a soldier being shot at, but like others in EMS, I’ve experienced scenes reminiscent of war at an emotional level. And just as my father said, there are times the guy next to you (partner or squad) is the only thing that matters.

Maybe that’s why so many vets suffer from so much emotional turmoil when they return home from war. Almost overnight they’re supposed to pretend the guy next to them who mattered so much no longer does, now that they’re home among their loved ones. But the guy who was next to them a week, a month, a year, a decade earlier still matters, and this can be a very painful and confusing transition for both veteran and family members.

Active listening is an underrated skill in EMS patient care, but we owe it to our returning veterans who summon an ambulance, for whatever reason, to listen a little harder while adding a handshake of appreciation. This is the one time you can look them in the eye, sometimes without even saying a word, and they’ll know you get it–that it does matter.