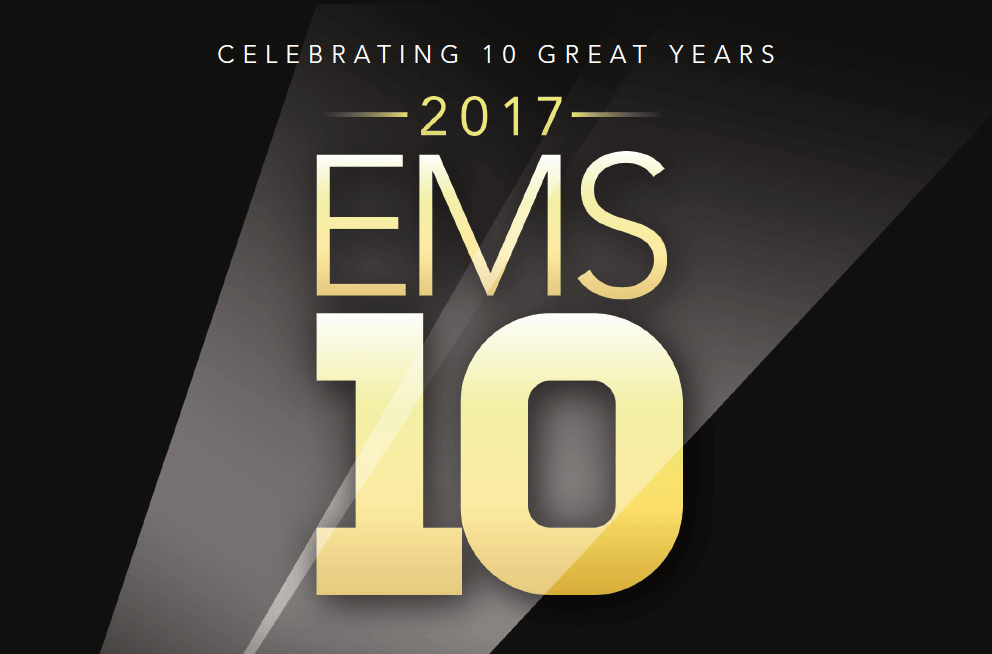 We all share the calling to work in emergency medicine, but some individuals go above and beyond by studying, developing and implementing new tools, treatments and protocols that are truly innovative.

Whether they’re educators, researchers or medical directors, these professionals have stood out to us as role models, as the best of the best in our industry.

Paul Banerjee, DO, suspected he knew how to improve the prognosis for pediatric out-of-hospital cardiac arrest (POHCA), an event that typically has very poor patient outcomes. His innovative approach to treatment has saved lives.

As the medical director of Polk County Fire Rescue in Florida, Banerjee trained EMS crews to change their approach when responding to POHCA calls.

Instead of the usual “scoop and run” technique, where crews focused on transporting the patient as quickly as possible, Banerjee instructed paramedics to deliver ALS on scene. He encouraged crews to not only treat the patient quickly, but also with proven techniques, such as early epinephrine infusions and delivering one breath every 10 seconds during low flow CPR.

Good communication can be a challenge in any EMS agency, but good communication across two competing health systems, four hospitals and more than 50 EMS agencies can be nearly impossible. However, because of the innovations of E. Stein Bronsky, MD, medical personnel in Colorado are now more connected than ever.

In collaboration with Centura Health and UCHealth, Bronsky began efforts to move EMS providers away from using unreliable and inefficient pagers, radio and phones. As the medical director for the Colorado Springs Fire Department and American Medical Response in El Paso County, Bronsky knew that weak communication is much more than frustrating–it can put a patient’s health at risk.

In 2017, he helped release new protocols thatallow medics and hospitals to communicate and share critical information throughout a patient’s entire journey. Before a patient even arrives in the ED, providers can share photos, ECGs and ambulance location with hospital staff, who can then retrieve the patient’s medical record and prepare a bed with the right equipment.

Not only did Bronsky develop these new protocols, he also helped train all 50 EMS agencies and four hospitals how to use the new methods in just three months. This innovation has resulted in quicker patient treatment.

Countless lives have been saved thanks to bystander-administered CPR and the Heimlich maneuver. Now, public health officials are setting their sights on educating people about hemmorhage and tourniquet use, and Captain Frank Butler, MD, is at the front lines.

Butler is a former Navy SEAL who’s brought lifesaving techniques from the battlefield to the real world through his development of Tactical Combat Casualty Care (TCCC). Though TCCC is typically taught to non-medical service members to prepare for combat, these simple, effective tips are becoming more and more relevant to civilians in the event of shootings and other mass casualty incidents (MCIs).

Butler’s expertise on major blood loss began decades ago. After finding that blood loss was responsible for many battlefield deaths, Butler recommended that soldiers carry and learn how to use tourniquets.

Most recently, he adapted TCCC hemorrhage control for civilians in the White House’s Stop the Bleed initiative. This campaign seeks to equip people with the knowledge and tools to act as immediate responders. They’re taught lifesaving bleeding control techniques using their hands, dressings and tourniquets.

Marc Eckstein, MD, MPH, is making EMS a priority at one of the largest first responder agencies in the nation–the city of Los Angeles Fire Department (LAFD). As the LAFD’s medical director, Eckstein has numerous achievements that have improved the health of his community.

In 2015, Eckstein helped develop and implement an innovativetiered dispatching system for the LAFD, including updated scripts and quicker deployments of responders.

As a result, in 2017, the rate of dispatcher-assisted CPR increased by 15%, call processing time for time-critical emergencies decreased by 20% and approximately 23,000 deployments were saved.

Eckstein also leads the new Bureau of EMS Services at LAFD, which has accomplished major milestones since its creation in 2016. Some of these include training the Los Angeles Police Department to administer naloxone, launching new quick response vehicles, improving training resources for paramedics and creating a collaborative education program on emerging medical issues taught by nurses to field personnel.

In many cases, patients are needlessly transported to EDs, where they may not receive any mental health help. These situations are costly, take up paramedics’ time and, unfortunately, don’t help the patient.

To tackle this issue, Lahr created the Mental and Medical health program (M&M). The program pairs a paramedic with a mental health professional to respond to calls that involve people who are suicidal, homicidal or suffering from mental distress–sometimes under the influence of drugs and alcohol.

Through M&M, paramedics can give the patient a full physical evaluation on scene and determine if the patient needs ED admittance. If it’s found that the patient doesn’t need physical treatment, the patient can be admitted to a nearby mental healthfacility.

In addition to creating partnerships among several branches of medical care, Lahr trained various teams on how to best assess and treat patients under the new protocols. Lahr researched, developed and implemented this program, all while still working full-time as a paramedic.

Public safety learned an innumerable amount of lessons about emergency response in the wake of 9/11. One of these key takeaways was the need for a secured communication network that wouldn’t get cluttered by civilian use. Thus, FirstNet was born, with a mission to develop, build and operate the nationwide, broadband network that equips first responders to save lives and protect U.S. communities. Kevin McGinnis, MPS, was a founding board member.

After years of research, development and planning, McGinnis and the FirstNet team decided it was time to turn to the private sector to deploy and operate the country’s first ever wireless broadband network dedicated solely to public safety. In 2017, a 25-year contract was awarded to AT&T. Utilizing the world’s largest telecommunications company promises the quick deployment of a service that is both speedy and reliable. The launch of the network is also expected to create numerous jobs and bring extra business to tower operators and infrastructure vendors.

All 50 U.S. states, along with several territories and Washington D.C., have decided to opt in to the FirstNet network, which would have been difficult to achieve without McGinnis’ strong advocacy of the technology.

Simulation training is one of the most valuable tools for educating EMS providers. However, it can sometimes be expensive and too dependent on specific pieces of technology.

Peter McKie has made it his mission to eliminate these hurdles, and make simulation easily accessible without sacrificing quality or usefulness.

McKie, along with his business partner Anthony Lewis, created iSimulate in 2011. Instead of modeling a simulation scenario around the technology, McKie thought it was more advantageous to develop the scenario first, then mold the technology around it. This multi-tiered approach is what makes iSimulate’s courses stand out.

In 2017, iSimulate released the second version of its training software,called REALITi, which includes major monitor screens and a completely iPad-based mobile simulation lab. The program incorporates a patient simulator, livestreaming video, dynamic 12-lead ECGs, digital patient charts and an interactive video debriefing. With a background in business and paramedicine, McKie’s success is no surprise.

Alan Mountford, ACP, MPA, is helping to make sure the next generation of paramedics in Australia and New Zealand are experienced, knowledgeable and successful.

Mountford realized there was a lack of hands-on opportunities available to paramedics in training.

To address this, he helped co-found a nonprofit organization called Team Australia EMS whose mission is to “network with as many paramedics from across the globe and share knowledge, ideas and experiences and bring back that which we have learnt to Australia for the benefit of Australians.”

One of the successful networking opportunities Team Australia EMS has provided are learning tours to the U.S. and South Africa. Mountford and a team of medics take their own time to travel with a group of paramedicine students to give them a global perspective on patient care.

The first trip was to Cape Town, South Africa, in 2015 with 13 students. The trip was so successful that Mountford expanded the program to include an additional trip to the U.S, and students have been traveling each year since.

During these two-week trips, students complete up to eight ride-along shifts with experienced paramedics. They also experience other learning opportunities such as lectures, workshops, simulation trainings and university networking events. Moreover, the students are given time to enjoy their vacation and sightsee. Mountford makes sure these trips are affordable, so they can be accessible to any students willing to enrich their careers.

The wellness of providers is often overlooked in the EMS industry, and this is particularly true when it comes to ambulance design. Rigs are designed with the patient’s health in mind, as they should be, but director of Butler County (Kan.) EMS Chad Pore, EMT-P, wondered why that had to come at the sacrifice of the safety of EMTs and paramedics.

Pore designed a unique ambulance that he believes will keep providers safer while riding in the back with patients. Pore’s design allows for EMS providers to be seated facing forward and buckled in, while still administering quality care to the patient. To make this vision come to life, Pore and his Butler County crew built cardboard models that they moved around to help finalize a design that would best serve both the patient and the providers.

Although the objective of Pore’s design was to keep others safe, many people felt his idea was too radical to implement. Pore had a difficult time finding a vehicle manufacturer that would agree to build his design. Plus, government officials were hesitant to invest in a brand new ambulance. Despite his struggles, the ambulance was delivered in 2017, based on a Mercedes low-top sprinter shell, a first for an ambulance in the U.S.

Kenneth Scheppke, MD, is responsible for multiple EMS innovations that have affected not only his home county of Palm Beach, Fla., but also the entire country.

In 2014, Scheppke introduced heads-up CPR to Palm Beach EMS as a way to improve patient outcomes in out-of-hospital cardiac arrest (OHCA). Previously, this technique hadn’t been practiced in the field. The results were astounding–the chances of survival doubled. Rates of successful resuscitation by EMS went from 17.87% in 2015 to 35.18% in 2017. Because of this technique’s success, Scheppke was invited to bring his groundbreaking approach to Broward County, Fla.

Another innovation Scheppke spearheaded in 2017 is a new stroke triage system, which lead to more IV tPA treatment, shorter intervals to IV tPA after symptoms begin, quicker endovascular therapy (EVT) evaluation and higher rates of EVT when needed. Scheppke will present his life-saving finding at this year’s International Stroke Conference in Los Angeles.

Sheppke also created a suboxone referral program in his community.He trained first responders to identify and refer patients who could benefit from the opioid addiction treatment. Providers then follow up with patients during the first week to help prevent a relapse. This effort helps to slow the revolving door of 9-1-1 while also delivering lifesaving care that can have a major positive effect on the community’s health.

We thank our 2017 EMS10 winners for their trailblazing attitudes and dedication to improving the world of emergency medicine on a global scale. We hope their accomplishments inspire you to do great work in your own community.