Application of evidence-based practice is making a difference in the 200 largest cities in the United States. A November 2013 study commission by the U.S. Conference of Mayors shows that a third of the metropolitan areas will record flat or negative economic growth.1 Only 2% of the metros will record an annual growth exceeding 2% in real gross metropolitan product.2 Despite this struggling economy, however, EMS agencies in the most-populous U.S. cities are continuing to improve patient care.

About the Data
The leaders of the first-responder and transport agencies (n=512) serving the 200 most populous cities in the U.S. were invited to participate in the 2013 JEMS 200 City Survey via email. Conducted online, the survey included 75 questions. Many questions asked for multiple pieces of data. The completed survey response rate was 14.8% (n=76). Some of the 17 incomplete surveys provided many–but not all–answers, and were included in the data when appropriate. Table 1 provides the details. 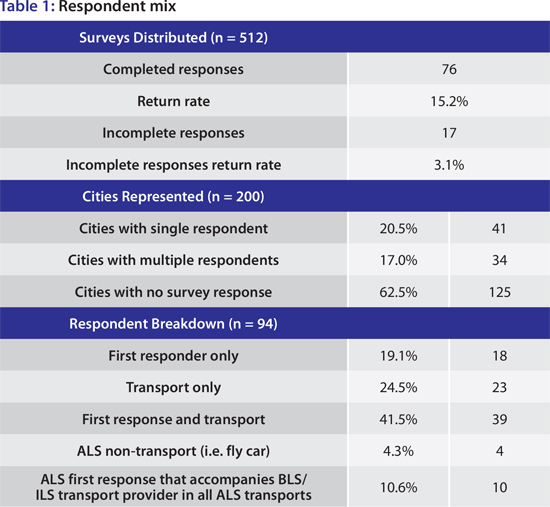 The survey covered a variety of EMS topics: dispatch, first response, transport, medical direction, performance measurement, effect of the economy and system funding. Much of the information shared isn’t publicly accessible and, in many cases, is proprietary. Every effort has been made to protect the privacy of the respondents. All data is discussed in aggregate and doesn’t indicate individual cities or EMS organizations.

Although accuracy is a key aim, this isn’t a scientific report, and the findings and conclusions haven’t been peer-reviewed. The results are dependent on the quality of the data received, as is the case with all research projects. All completed surveys were included in the data analysis. In many instances, data weren’t available or relevant for all respondents and a smaller sampling is indicated. Some questions also asked respondents to “check all that apply,” and as a result, the responses totaled greater than 100%.

Of the 66 agencies that stated they took specific action in response to a decreased budget: 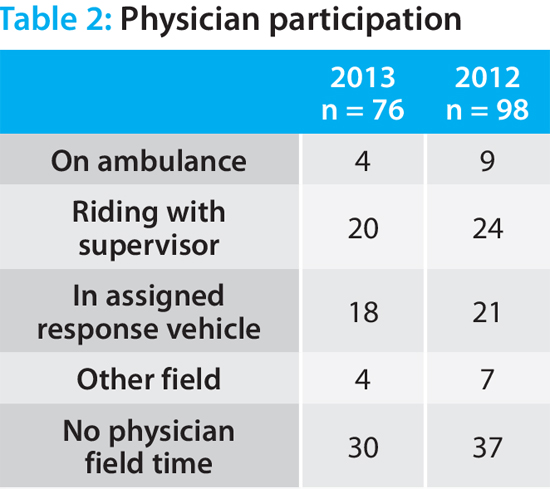 59.7% of the respondents are following the Utstein standard when evaluating cardiac arrests–up from 42.9% in 2012.
Of the 68 responding agencies that are qualified to provide these services:
Of the 69 agencies that answered clinical care questions:
35% of STEMI patients receive percutaneous coronary intervention in less than 90 minutes from 9-1-1 call 96—100% of the time.
33% of agencies achieve ROSC upon ED arrival 31—40% of the time, compared to just 23% in 2012. 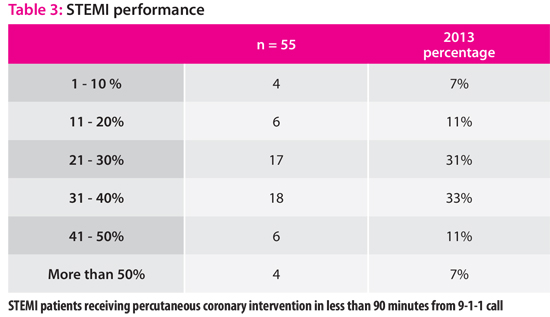 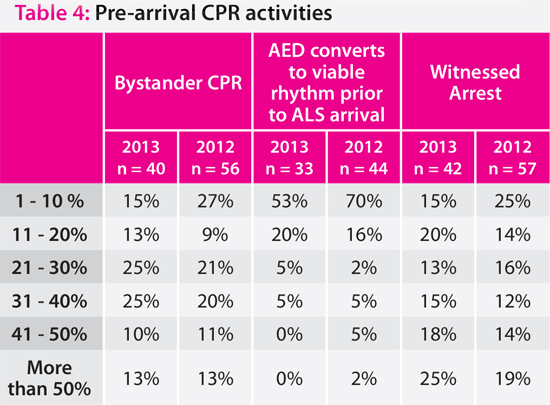 Fire department-operated ambulances handle 44.9% of the transports, EMS handled 28.1% and 27% are handled by hospitals/private/volunteer organizations. From a total of 89 respondents, 9% (7 out of 78) report their response-time requirements have been lengthened.

Of 63 respondents, most had mandatory transportation protocols for specialty centers: